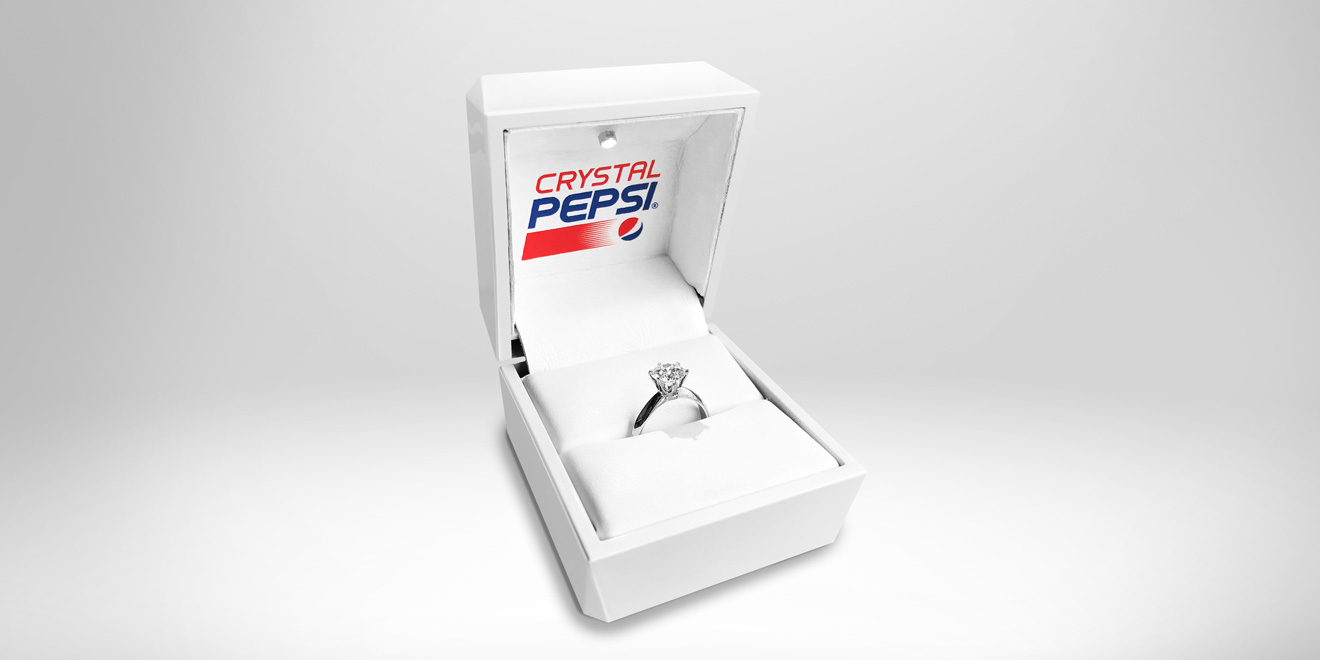 The ring has a 1.53-carat, lab-grown alternative diamond made with the '90s-era soda. Pepsi

For people about to pop the question, Pepsi has introduced an unusual new engagement ring.

The beverage company has debuted the Pepsi Engagement Ring, made with one big difference: the diamond is infused with Crystal Pepsi. Timed to Valentine’s Day, Pepsi has launched a social media contest asking fans to tweet their proposal ideas for a chance to win the ring, which features a 1.53-carat, lab-grown alternative diamond attached to a platinum band.

Now through March 6, the brand is asking fans on Twitter to tweet their most creative, bold or bizarre proposal ideas with the brand’s social handle and the hashtags #PepsiProposal and #Contest. The brand will announce the winner the week of March 16 to coincide with National Proposal Day on March 20.

Pepsi worked with creative agency VaynerMedia to create the ring as well as an accompanying video that riffs on traditional engagement ring commercials.

According to the brand, the ring was made by boiling down Pepsi’s clear beverage to its most basic carbon form, resulting in a powder. The powder was then added to the process for creating a lab-grown diamond, which requires using a small piece of natural diamond that is placed in carbon under high pressure and temperature.

Crystal Pepsi debuted in 1992, but was discontinued in the United States and Canada in 1994. Since then, the brand has rereleased the product for limited runs, most recently in 2017.

The Pepsi Engagement Ring is the beverage maker’s latest foray into nontraditional products. The brand released its own rosé for BravoCon in 2019 and will come out with a coffee-infused soda this spring.