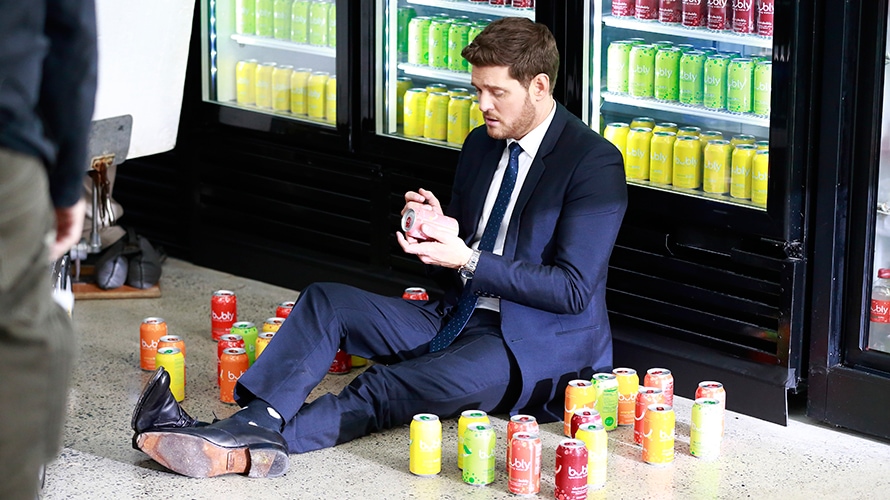 Michael Bublé will star in Bubly’s 30-second Super Bowl spot—a first for the brand and for the actor and singer.

Creative shop Goodby, Silverstein & Partners produced the spot, “Can I have a bublé?,” will appear during the third quarter of the game. In a teaser for the ad, Bublé is certain Bubly cans are misspelled and corrects them with a Sharpie.

“Sparkling water fans across the country have fallen in love with Bubly and now we’re thrilled to show off its fun personality on the world’s biggest stage,” said Stacy Taffet, vice president of the water portfolio for PepsiCo, in a statement.

The ad will introduce four new flavors to Bubly’s offering, Blackberry Bubly, Cranberry Bubly, Raspberry Bubly and Peach Bubly. The sparkling water brand debuted last year and, according to the release, “on track to exceed $100 million in retail sales in its first year.”

“I might be Canadian, but I’m a big fan of American football,” said Bublé in a statement. “I had a blast doing my very first Super Bowl commercial with bublé—I mean Bubly.”

Comedian Aparna Nancherla, who stars alongside Bublé in the spot, joked, “I’m a big fan of the brand, especially the new blackberry Bubly flavor, and of Mr. Bubly … wait, is that right?”