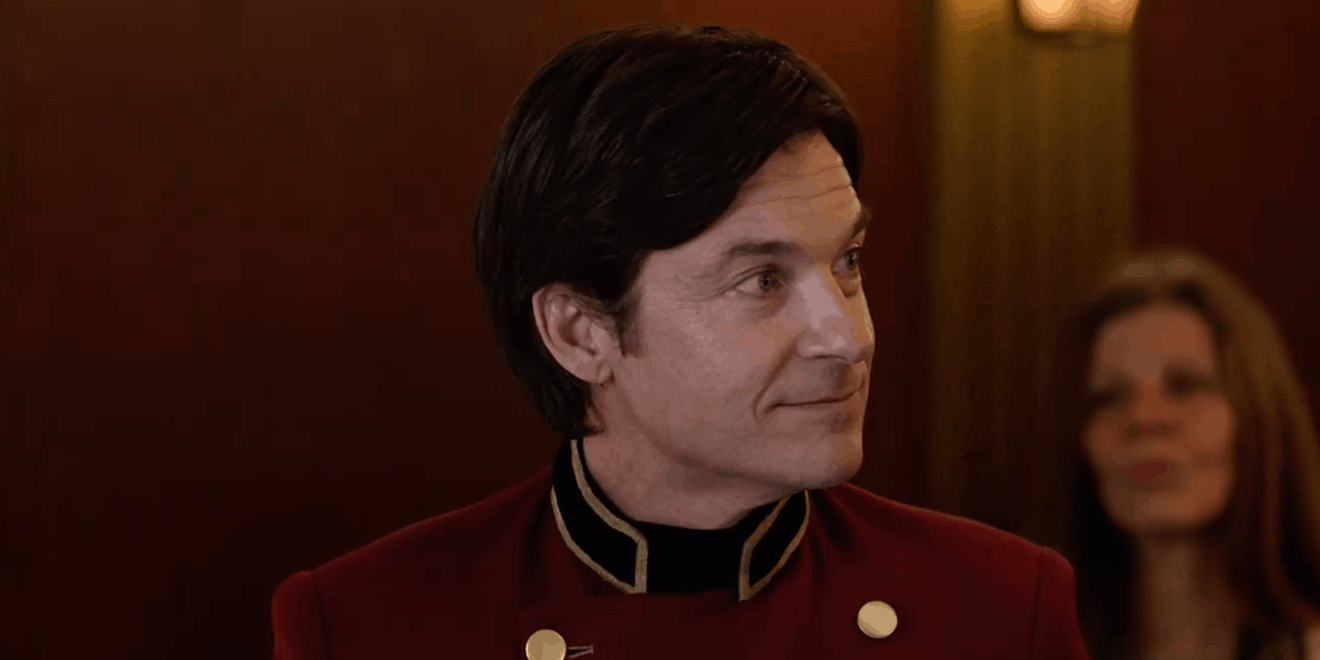 Hyundai has had a strong tradition of humorous Super Bowl ads. After taking a break from comedy the past two years, the automaker is back with a new ad starring Jason Bateman as a wry elevator attendant dropping people off on floors that represent things in life considered painful.

“The Elevator,” a 60-second ad that will run in the first quarter of the game on Sunday is a progressive race to the bottom. Topics addressed as the elevator makes it to the bottom floor include root canals, jury duty, a middle seat on a six-hour flight, “the talk” and a vegan dinner party.

But it’s the car-buying experience—at the bottom floor—that’s considered the worst thing in the world to deal with. Yet, Bateman gets a lesson in Hyundai’s Shopper Assurance program from happy car buyers.

The ad is dense, fast-paced and classic Bateman, with his bone-dry wit and snappy comebacks. On each floor, he adds his own unique spin to each scenario.

“We started thinking about all those things you have to do but hate to do or have to do but would love to avoid,” said Barney Goldberg, executive creative director at Innocean, the agency that created the ad. “The idea was, ‘What if those were like floors in a building and you were being dropped off at all these painful things that you really would want to get out of if you could, but you can’t?’”

According to Goldberg, the idea was to eschew the big belly-laugh moments or a huge payoff for something a little cleverer.

“I think in each [scenario] that people will find different things to respond and react to positively,” he said.

To drive the concept and comedy, there was no other choice than the Arrested Development and Ozark star.

“The casting was very intentional,” Goldberg said. “There was really no one else that we felt was going to be able to pull this off. He’s got that dry wit [and] the charm. He can deliver the little sideways comment but still stay so likable.”

While there was a script, the agency and brand took a similar approach to their past, successful comedic ads starring Kevin Hart and Ryan Reynolds by allowing Bateman to be himself and deliver some golden dialogue.

“We go in with what we think is funny and what we need to get to make the spot work,” Goldberg said. “But [celebrities] will surprise you.”

One particularly humorous line comes at the end of the spot with a man getting ready to leave the elevator for a colon exam. Bateman, holding the man back, says, “Not so fast, Captain Colon.”

“We had different lines for that,” Goldberg said. “We started laughing and said, ‘OK, Captain Colon it is.’”

According to Dean Evans, CMO of Hyundai Motor America, the brand always seeks to find some universal truth in its Super Bowl ads while making an emotional connection. In the case of this year’s effort, the focus on Hyundai’s frictionless Shopper Assurance program, instead of specific vehicles, made sense.

“Our research shows 80 to 90 percent [of people] say [car buying] is not a very good experience,” Evans said. “Last year, we did roughly [350,000 to 400,000] transactions through a Hyundai Shopper Assurance dealer. We asked [customers] what they thought, and 90 percent said that they loved it or liked it.”

The singular focus on the program for the brand’s most high-profile Super Bowl ad, as Evans put it, “reminds consumers that we’re here to help them and we have [a car buying experience] that we think can.”

In addition to the ad starring Bateman, Hyundai will air a 30-second spot featuring its SUV line, including its new premium Palisade vehicle, during the Super Bowl pregame show.