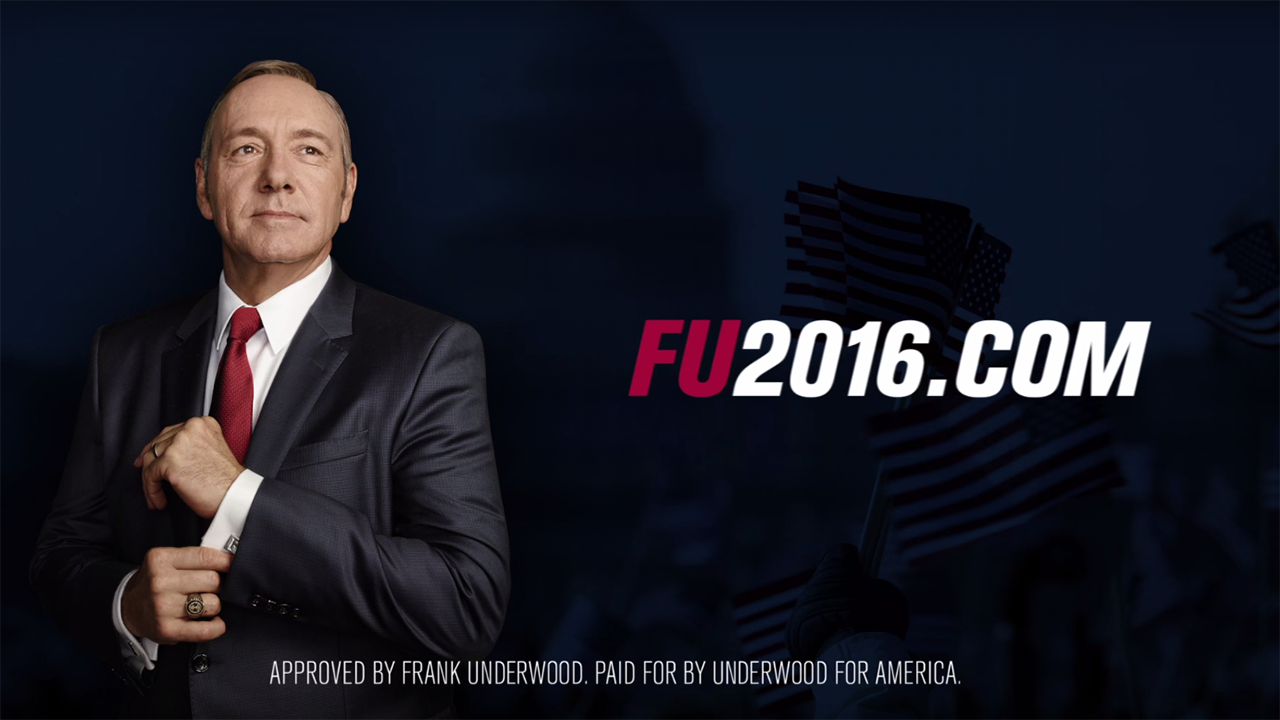 CANNES, France—Frank Underwood is a man who gets what he wants. And today he clearly wanted a Grand Prix at the Cannes Lions.

The centerpiece of the campaign was a faux political ad that ran during December 2015’s GOP presidential debate on CNN, where 18 million people tuned in to watch the Republican candidates spar. The ad for the fictional Underwood’s campaign overshadowed conversation about the real candidates online and became a top trending topic on Facebook and Twitter during the debate.

“To get to work with one of our favorite brands and such incredible partners on such a wonderful show was reward enough,” said Ari Weiss, chief creative officer at BBH New York. But I suppose the Grand Prix is pretty damn cool as well.”

Weiss said the campaign’s strength drew from its ability to work almost anywhere—on TV, in social media and via PR.

“We’re always looking to make as much cultural impact as possible for our clients,” Weiss said. “As media gets more and more fragmented, a big idea that is media agnostic becomes all that much more important. Then it’s all about pacing your story and finding the right comms architecture to get the most out of each medium and make sure we’re engaging our viewers in ways they’ll truly appreciate being engaged with.”

“We were looking for brilliant execution through the line of every one of the pieces,” Favat said. “This was a slam dunk.”

Another U.S.-generated campaign that did very well in Integrated—among several other categories—was REI’s #OptOutside campaign, which won a gold Lion. The promotion, created in partnership with Venables, Bell & Partners, announced the closure of all REI locations on Black Friday and encouraged consumers to spend the traditional shopping day exploring the outdoors. In addition to its Integrated gold Lion, it also won a Grand Prix in Promo & Activation and a Grand Prix in the Titanium Lions, which honor the most innovative marketing efforts.

The Integrated jurors also awarded a gold to the McWhopper stunt created by Y&R New Zealand, which has been one of 2016’s top winners at the Cannes Lions. Earlier this week, it won a Grand Prix in both Print & Publishing and in Media.

Other than Netflix and REI, the only other U.S. Lion winner in Integrated was Deutsch New York’s “First Ever Pinterest Yard Sale” for Sherwin Williams’ Krylon spray paint, which took home a silver Lion.