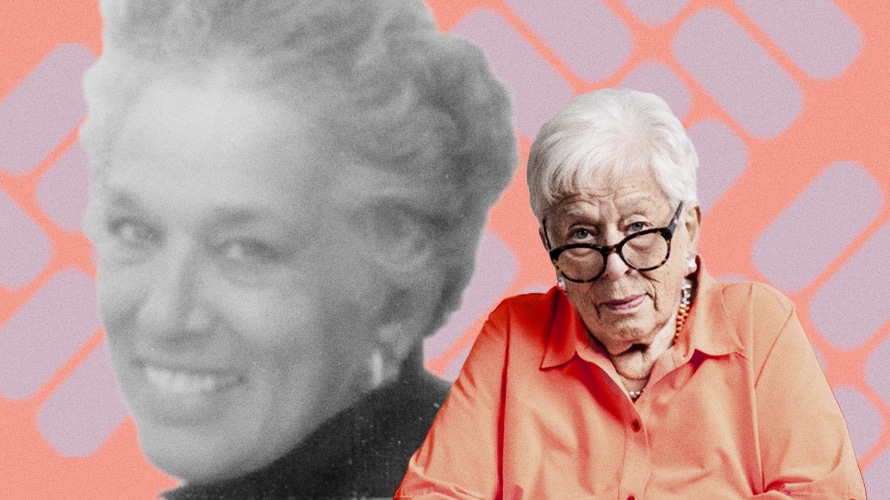 Gert Boyle was widely revered as a badass legend in the Pacific Northwest for her unexpected and innovative disruption of what was traditionally an outdoorsman's world. Illustration: Trent Joaquin; Source: Columbia Sportswear

On the morning of Nov. 3, Columbia Sportswear lost its pioneering maverick of a mother, the tough and sharp-witted chairwoman Gert Boyle. She was 95.

The first woman inducted into the Sporting Goods Association’s Industry Hall of Fame in 2003, Boyle was affectionately known as the “First Lady of Oregon” and widely revered as a badass in the Pacific Northwest for her unexpected and innovative disruption of what was traditionally an outdoorsman’s world.

She also thwarted an armed burglary at 86 by setting off a silent alarm with her hands tied, which only elevated her status as an icon.

“Gert’s relentless dedication to being the best made her a tough mother. One of her favorite sayings was, ‘It’s perfect. Now make it better.’ That, coupled with sheer resilience, made her a formidable force,” said Rebecca Armstrong, principal and managing director at North Inc., a Portland-based agency that has worked with Columbia Sportswear.

Boyle overcame plenty of adversity on her way to the top of a $2.8 billion (as of 2018) outdoor gear empire, and her story of durability is one that the company evokes in their promise to create “tested tough” products.

Her family fled Nazi Germany when she was 13 and settled down in Portland, Ore. There, during the last years of the Great Depression, her father, Paul Lamfrom, bought a hat manufacturing operation that formed the basis for Columbia.

Boyle took the reins of the company from her husband, Neal, who suffered a heart attack and died in December 1970. Embracing the technological feat of Gore-Tex and memorable marketing campaigns that adopted a signature caustic-but-playful approach, she brought Columbia back from the brink of bankruptcy along with her son, Timothy.

Jack Peterson, a former director of client services at Borders Perrin Norrander, told Adweek in 2002 that Boyle embodied everything the brand is about: “uncompromising quality and toughness.”

Per The Oregonian, Boyle’s favorite bit from the wildly successful “One Tough Mother” ads that regularly featured “Ma Boyle” from 1984 to 2005 was a TV spot where she is seen driving a Zamboni around a hockey rink while her son is under the ice, breathing through a straw.

Other notable moments from the campaign included a print ad for the Boundary Peak Parka with the headline, “There’s nothing motherly about Mother Nature. Except maybe her big mountainous breasts.” Boyle’s comment reads: “I’ve got hot flashes to keep me warm. You’ll need something that zips.”

“Gert continually gave to the growth of this state, its people and its future,” said Dylan Boyd, director of new program development of R/GA Ventures in Portland, referring to Boyle’s $100 million donation in 2014 to the Knight Cancer Institute at Oregon Health & Science University.

That donation helped hire close to 750 people, according to institute director Brian Druker.

Now, Boyle will continue to give to Oregon posthumously. According to the Portland Business Journal, her shares of the company, which are valued at about $850 million, will primarily be given to charitable foundations.

“I believe she was a true reflection of the motto of the state of Oregon: ‘She flies with her own wings,'” Boyd said. “Gert was a market maker, a change leader, and a catalyst for the apparel and footwear industry in this state. I only hope her legacy continues to inspire the next generation of makers, dreamers and tough mothers we are so fortunate to have and support in our state.”

When Boyle sat down with Adweek in 2015 for an interview to commemorate her return from her decade-long hiatus from Columbia Sportswear’s ads, we asked her to impart some wisdom for female entrepreneurs or CEOs.

Her nugget of advice? “Believe in yourself and never take no for an answer. At least, that’s worked for me.”

Boyle’s son Timothy, Columbia Sportswear’s current CEO, will act as the company’s chairman until a permanent one is named in January.