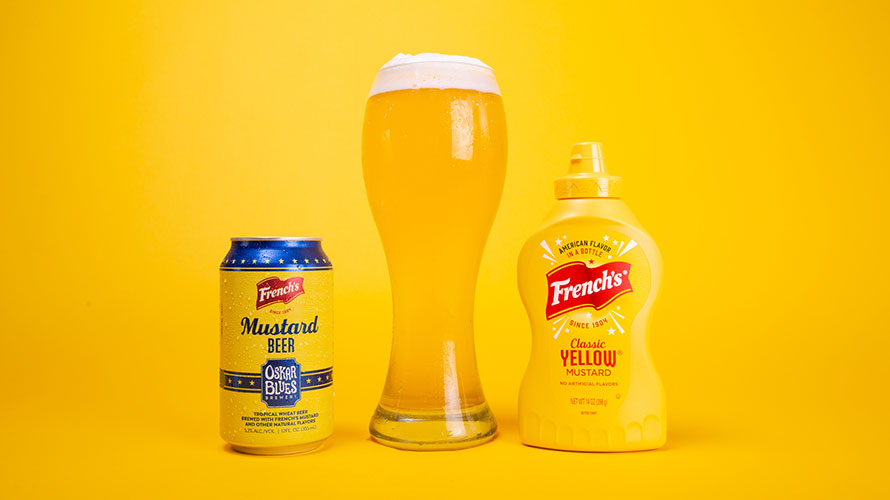 While mustard is primarily used for hot dogs, hamburgers and soft pretzels, French’s isn’t afraid to experiment with the condiment in ways that sound, well, the opposite of appetizing. The McCormick-owned brand released mustard-flavored ice cream last summer and its follow-up concoction is just as bizarre: mustard beer.

The beer, which is brewed with French’s Classic Yellow Mustard, is available online through national craft beer marketplace CraftShack, and in select Oskar Blues Brewery taprooms in Boulder and Longmont, Colo. and Brevard, N.C.

“French’s enjoys creating new curiosity around a flavor that has been a staple in homes for over 115 years,” said Jill Pratt, French’s chief marketing excellence officer, in a statement. “The incredible reaction to last year’s release of our Mustard Ice Cream showed us how far people are willing to go to savor this favorite condiment. We promise this French’s Mustard Beer will not disappoint either.”

Adweek readers, you’re probably asking yourselves: What does mustard-flavored beer actually taste like—and am I actually brave enough to try it?

Well, it turns out the level of “mustard-ness” is pretty mild. The beer is a tart, tropical wheat beer infused with key lime, lemon, tangerine and passion fruit, with a tangy mustard finish.

Additionally, French’s has released a homebrew mustard beer recipe for craft beer aficionados or those adventurous enough to brew their own batch. The brand is encouraging consumers who purchase or make the beer to post on social, tagging @Frenchs and @OskarBlues and using the hashtag #MustardBeer.

While French’s is the latest unexpected brand to release its own beer, bizarre brand and brew pairings have been a buzzy marketing trend for the past few years. In 2018, Lyft partnered with Baderbräu Brewing in Chicago to create its own beer, and the last Blockbuster in America received its own black ale the same year.