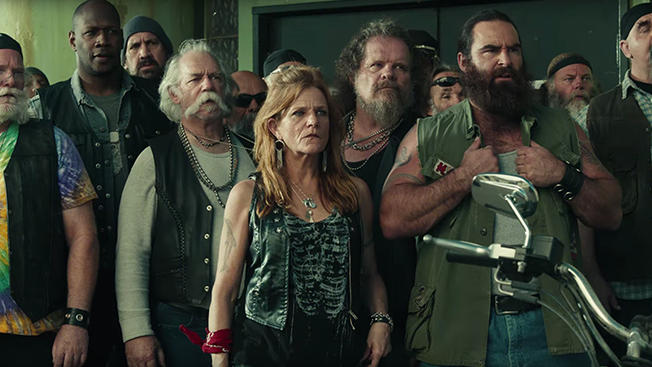 Fans of the Coen Brothers can look for their work during the Super Bowl on Feb. 5.

Joel and Ethan Coen have directed a new Super Bowl ad, their first in 15 years—a 30-second spot for the Mercedes-AMG brand, a new point of differentiation from the luxury automaker.

“We are now switching from AMG as a proof point for Mercedes-Benz performance to AMG as its own brand,” explained Drew Slaven, vice president of marketing for Mercedes-Benz USA. “It’s still part of the Mercedes-Benz family—it’s called Mercedes-AMG—what we’re really beginning to do is put the AMG piece of it front and center.”

The high-energy ad is a tribute to the 1969 film Easy Rider; the film’s star, Peter Fonda; and its famed soundtrack, Steppenwolf’s “Born to be Wild.” It will debut during the fourth quarter of Super Bowl LI.

A 60-second extended version is below:

“[The AMG brand] is known by performance drivers but not as much by a broader community, and that’s why we went to the single best way to [introduce it to a broader audience], which is a television commercial in the Super Bowl,” Slaven said.

He added: “Peter Fonda plays a critical piece of the storyline, and he’s known as someone who still epitomizes what it is to love driving performance and the open road. … The film [Easy Rider] component goes back 48 years. We thought there was a nice parallel that was set up between the era of that and what was, in 1967, the beginnings of AMG.”

The Coens directed a spot for H&R Block in the Super Bowl 15 years ago, and one for Honda 18 years ago, according to agency Merkley + Partners, which worked on the spot with Germany agency Antoni.

Music:
“Born To Be Wild” – Steppenwolf