New study shines light on keys to connecting with consumers 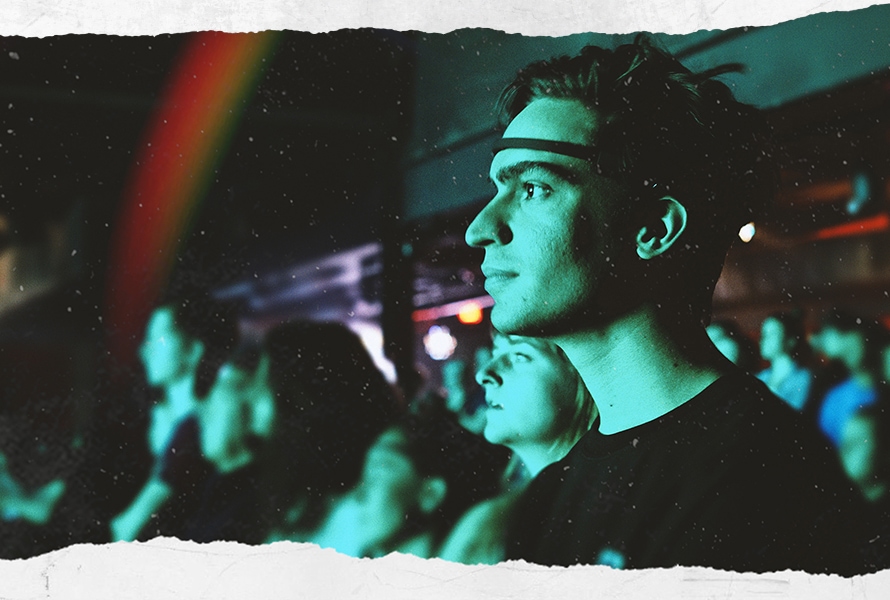 While it may be harder than ever for brands to connect with consumers, live music events continue to be one of the best places to do so, according to a new global study from Live Nation. The study—which included a survey of 22,500 people ages 13 to 49 in 11 countries, 75 qualitative ethnographies and a biometric study—showed that 90 percent of live music fans believe brands have the power to elevate the concert or festival experience.

“Our relationship with audiences of scale begins far before showtime and extends far beyond the encore, and the strength of our relationship with fans is proven through these survey results,” Russell Wallach, global president of media and sponsorship, Live Nation, said. “We continuously strive to conceptualize the most engaging brand experiences designed to increase fan receptivity and drive brand affinity for our partners.” 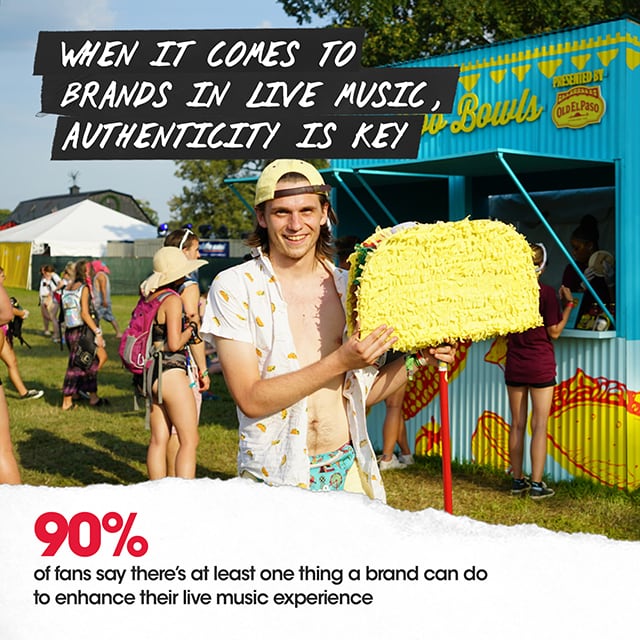 Live Nation has seen double-digit growth in ticket sales in the past year, selling nearly 500 million tickets globally in 2017. Two-thirds of those surveyed said they had been to a live music event in the past year.

“It’s easier than ever to connect to people but harder than ever to connect with people,” Amanda Fraga, vp, strategy and insights, media and sponsorship for Live Nation, said. “Information overload in this increasingly digitized world is leading us searching for deep human connection, fulfilling those emotional needs and that sensation that we’ve kind of lost in society today.”

Seventy-eight percent of survey participants said they felt live events are highly emotional experiences (more so than streaming music, attending sporting events or playing video games). When people are feeling those emotions, they are 67 percent more receptive to new ideas. Sixty-three percent of those surveyed said they are more likely to connect with brands, 66 percent are more likely to make purchases and 68 percent said they feel more connected to the purchases they make. According to Live Nation, brands have a big opportunity to tap into emotional intensity and reengage with fragmented and distracted audiences by harnessing the power of live music. 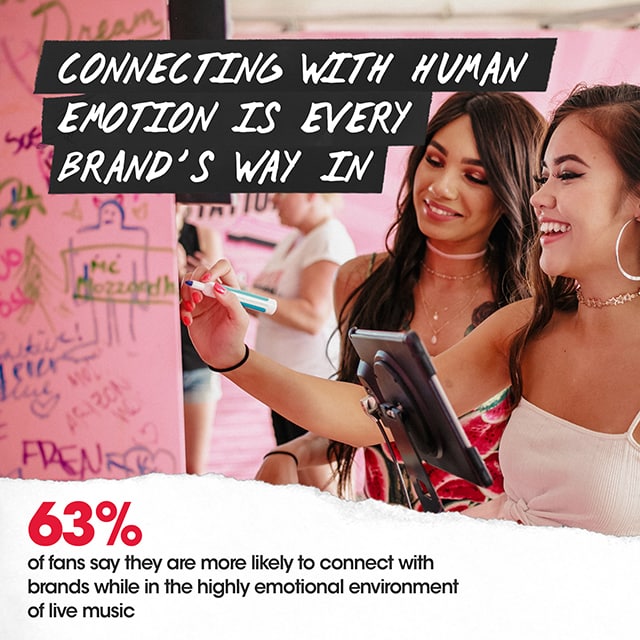 Live Nation was further able to prove the emotional power of live music through a smaller study it conducted at a St. Vincent concert earlier this year. The team strapped attendees with wearable EEG headbands that measured brain waves (with a focus on alpha brain waves) to see if they were more relaxed, attentive and engaged.

Fans exhibited an increase in excitement, and over 90 percent of participants displayed a significant bump in engagement and attentiveness throughout the show, “which is obviously really important for brands who come to life surrounding this type of experience,” Fraga said.

But does all this mean your brand should jump at the chance to get into the live music space? Well, yes. But Live Nation and its fans have some advice.

First, brands need to be culturally relevant, as fans can read through false motives, according to Fraga. “Part of festival culture, concert culture, is that it is a space where it enhances creativity, and fans can easily see through disingenuous motives,” she said.

Second, Fraga said, brands need to “be the change” and provide a moment when fans can take action and stand for a cause or movement that is important to both brand and concert attendee. “Show how their values as a brand align with the space they are coming to life within and the fans that are there, and create that common goal,” she said. 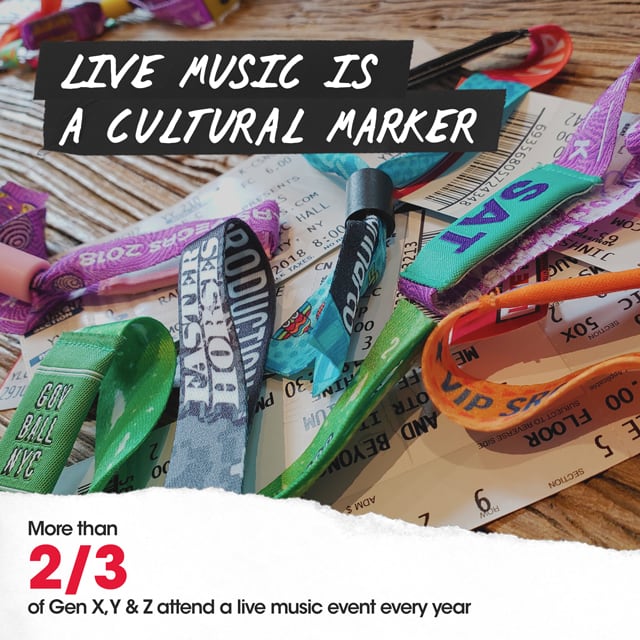 Brands also need to make the experience mutually beneficial. Obviously, brands want to engage with fans and convince them to buy products either that day or in the future, but there has to be something in it for the fans as well. An example would be solving a common problem at music festivals like providing free water, air conditioning or phone chargers.