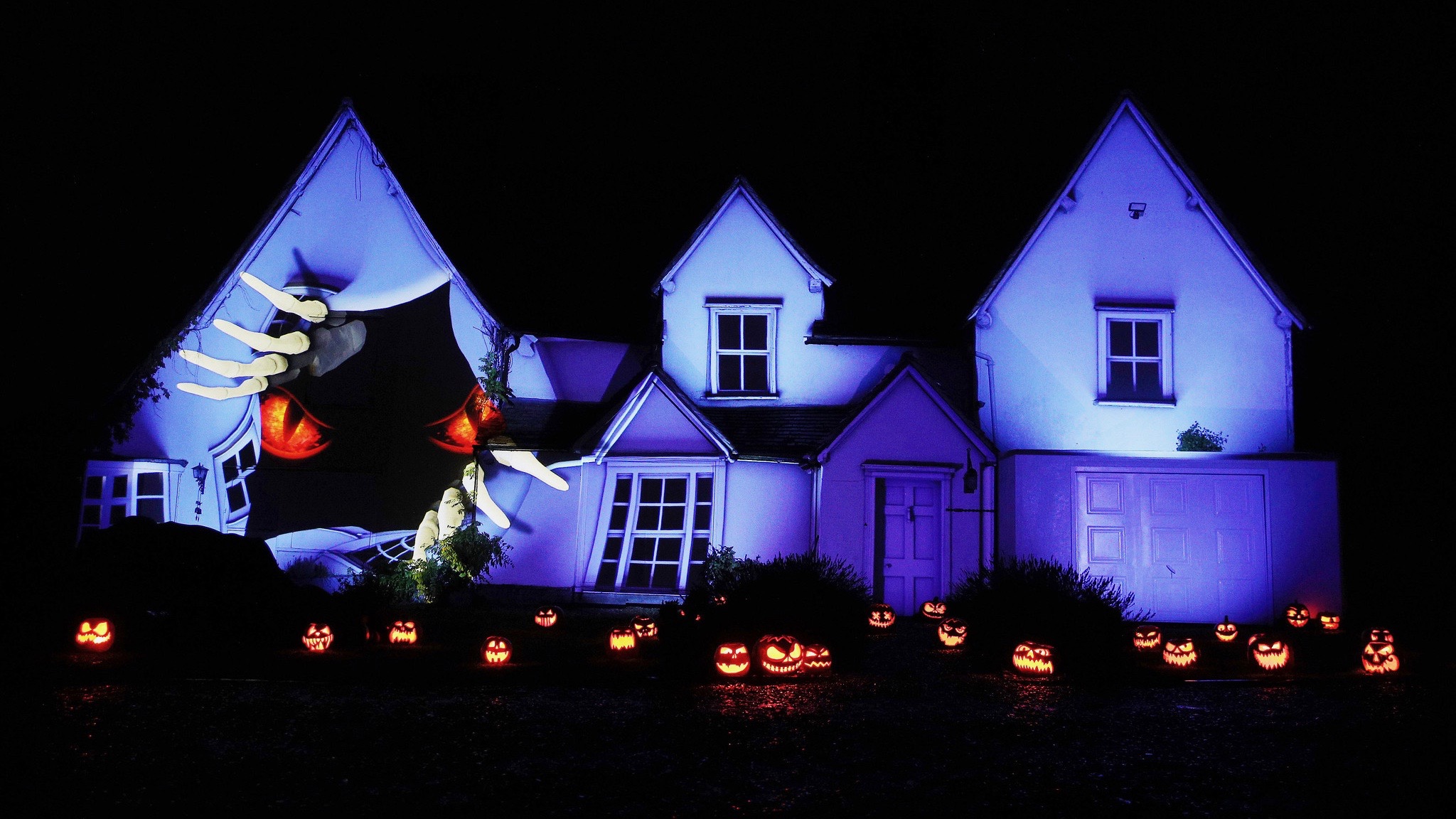 LONDON—Halloween might feel a little different this year, thanks to the coronavirus, but that doesn’t mean brands have taken their foot off the gas when it comes to finding socially distanced ways to keep the festive season from falling flat.

Samsung in the U.K. has used a 300-year-old house, which dates back to the 18th century, as a unique backdrop for a spooky Halloween show for local residents in the English village of Stevenage, Hertfordshire.

The agency also recruited special effects make up artists and dancers to perform in front of the building.

A team of engineers spent two days rigging the Old Bury house—which is the oldest in the village—with lighting, fog, music and sound effects tech that was then controlled by Samsung’s Smart Things app on a Samsung Galaxy S20.

The show featured Scottish SFX make-up artist Ellie Hand-McCready, who created a bespoke look which was digitally incorporated into the display.

Dance troupe Empire, who reached the semi-finals of Britain’s Got Talent, also dressed in UV skeleton jumpsuits for the performance, which can be watched below.

Samsung said the light show was created to bring a bit of joy and inspiration to children and adults who may not be able to celebrate Halloween in the usual way this year, after research showed a majority of people are still planning a socially distanced Halloween.

Samsung also created a series of mini “masterclasses” to give further inspiration with a video showing how to upgrade Brit’s Halloween at home experience using smart technology and two time-lapse make up tutorials to recreate the looks Ellie Hand-McCready designed for the campaign.

Kyle Brown, head of connected living solutions at Samsung U.K. said: “We wanted to showcase how SmartThings technology works in a fun and interactive way. The Halloween House display demonstrates the simple capabilities on a mass scale and the how to guides simplifies further how people can replicate this at home.”