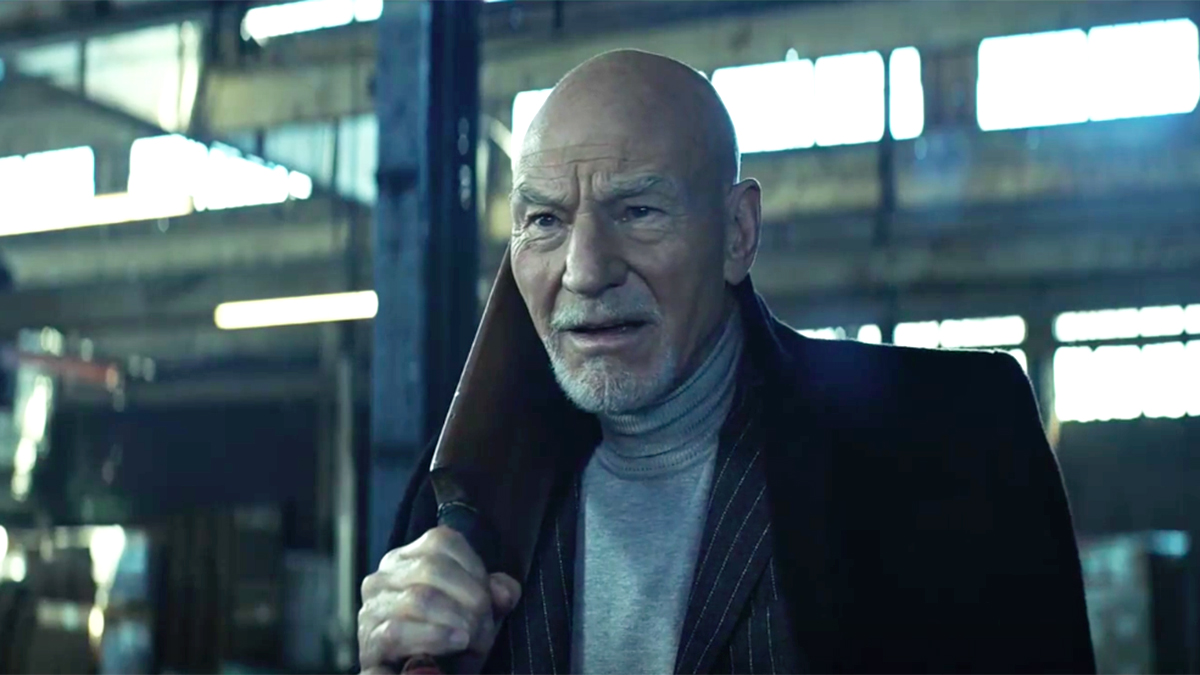 Hamill and Stewart square off via bats, air hockey and an intense game of Connect Four. UberEats

For fans of epic space adventures, there is a debate that will never die: Star Wars or Star Trek? And those who take a side tend to stick to it vehemently.

The duo compete in a series of short films for the brand, including one in which they argue over how to pronounce “tomato” (as a Londoner, I’m going to argue it’s “to-mah-to”).

In another, they tell the audience what they’ll be ordering for dinner that evening while playing a game of Connect Four. In a third, they play air hockey while doing the same—with each ad making light of their desire to outshine one another.

Mark Hamill tweeted a teaser of the ad on Sunday to the delight of his followers.

You can watch the full ads below. The hero of shows Hamill and Stewart pause, with comic effect, to politely say thanks for their Uber Eats delivery as it turns up—while threatening each other with baseball and cricket bats.

The ads were filmed in a large warehouse in downtown Los Angeles in August, and the team had to take extra precautions due to coronavirus concerns and the wildfires, with social distancing, mask wearing and Covid-19 testing on set.

The campaign will run on TV, online and out of home in Australia, the U.S and Canada, with the theme of rivalry continued in print executions that show the pair standing dramatically apart with the text: “Tonight, I’ll be eating better than him.”

The campaign is part of Uber Eats’ wider “Tonight I’ll Be Eating” campaign, which kicked off last year with a spot featuring Kim Kardashian and Australian fictional character Sharon Strzelecki in Australia, Taiwan and Japan.

Georgie Jeffreys, head of marketing for the U.S and Canada at Uber Eats, said expanding the campaign was a “natural progression” because it had been “highly effective” and helped drive “record levels of customer penetration and brand affinity.” Jeffreys added that the campaign increased brand awareness of Uber Eats in Australia to put it on “par with McDonald’s.”

The campaign’s aim, Jeffreys added, is to “surprise and delight audiences across the world by bringing together iconic, yet seemingly unlikely duos” such as Hamill and Stewart.

“Working with celebrity talent helps us put a creative, engaging spin on our typical marketing messaging while appealing to their fans as well,” she told Adweek. “Viewers are not used to seeing Mark Hamill and Sir Patrick Stewart together on screen—but by forging this unexpected connection for the first time, we have been able to entertain viewers while showcasing our vast selection and offerings.”

Cade Heyde, founding partner at Special Group Australia, said: “Expanding the platform to the other side of the world is a real honor and an incredibly proud moment for our agency. We couldn’t be more thrilled to share this loved campaign with the U.S.”

Uber Eats and other food delivery businesses have seen growth surge during the coronavirus pandemic, and they’ll no doubt be looking to build on that momentum with more ads. Covid-19 has accelerated a shift toward online ordering, leaving the industry’s top competitors fighting for the attention of customers over the long term as they fight for a larger slice of the pie.