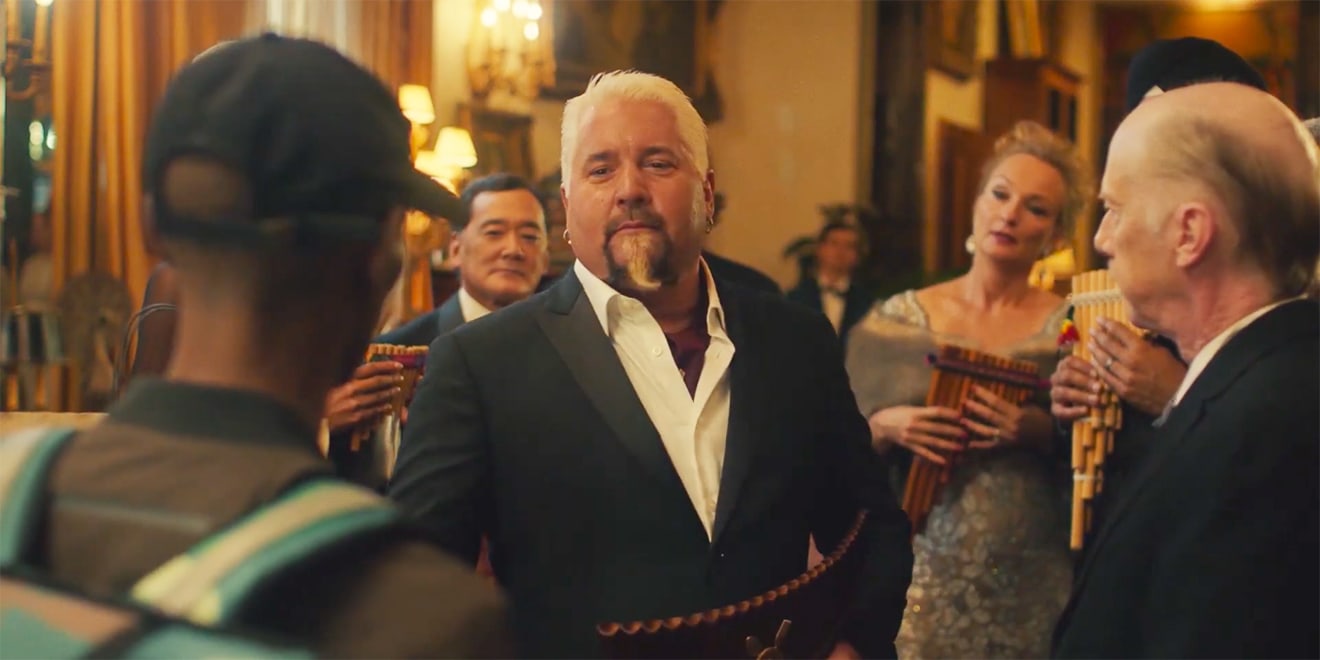 In Uber Eats’ newest ad from Anomaly L.A., we see one of the food delivery service’s drivers dropping off some vittles for no less than Guy Fieri.

Because this is an ad, we obviously don’t just get the everyday Fieri experience. Instead we see a new side of the frosted-tipped troubadour of tater frying.

While Fieri has been a frequent butt of jokes over his career due to his personal aesthetic and penchant for scattered-smothered-covered diner fare, he’s been riding a bit of a wave of positivity in recent years, perhaps simply because he seems to be a genuinely good person in an industry peppered with handsy creeps.

In a 2017 monologue on Conan O’Brien’s TBS show, comedian Shane Torres compellingly defended Fieri’s reputation (while admittedly still giving in to the temptation to make fun of his sunglasses-and-spiked-hair vibe).

Here’s a look back at Torres’ take, which includes a bit of mildly NSFW language:

While Fieri is obviously the most attention-grabbing part of the new ad, it’s worth taking a moment to appreciate the driver: Randy Watkins, “Man of Delivery,” who debuted earlier this year during Uber Eats’ Final Four push. Played by Robert Powell III, whom FX’s Atlanta fans will recognize as barber Bibby from Season 2.

Watkins doesn’t do much in the new spot beyond stand in for the equally confused audience at home, but if you want to learn more about his food savviness, you can watch two of the earlier spots, followed by credits for the new ad: