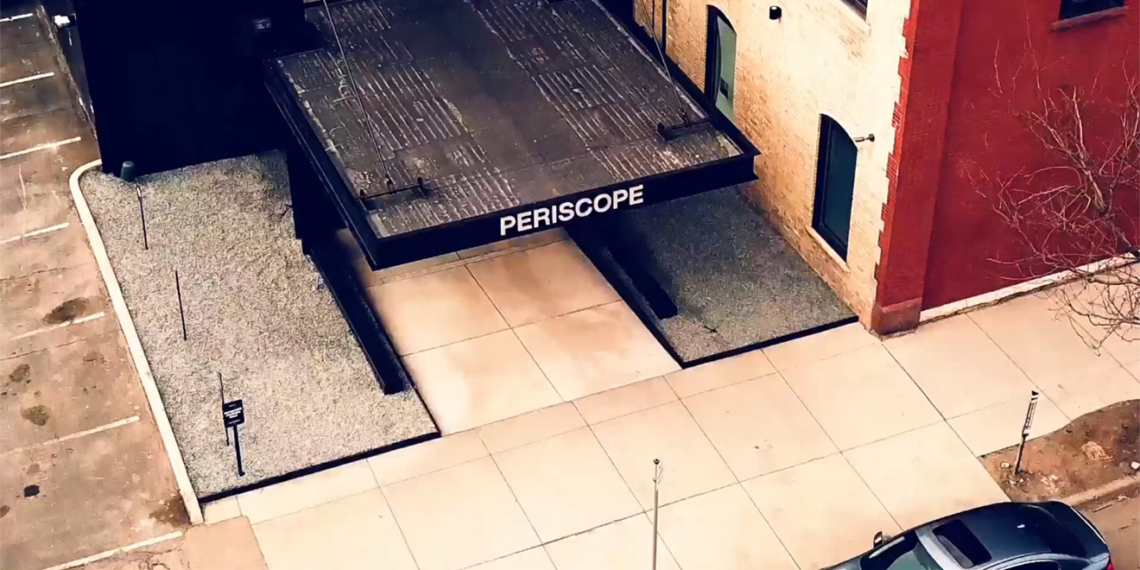 Staffers walked out of the job at Periscope in Minneapolis. Periscope

At least five employees at Minneapolis agency Periscope walked out today in objection to the actions of parent company Quad.

The walkout was created to protest two issues: alleged interference by its parent company in Periscope’s social media communications about the Black Lives Matter movement and staffer concerns that Quad was releasing deceptive data about its employee diversity.

Quad, a Wisconsin-based printing company, acquired the formerly independent Periscope in 2018. Reached by Adweek today, the company said it is addressing the employee concerns, and after initially taking what it described as “appropriate time for assessment,” has allowed the agency to post about Black Lives Matter.

But Periscope chief strategy officer Nathan Young is among the agency employees refusing to return to work until they believe Quad has taken tangible steps to address diversity at the agency. Specifically, Young said, the participants in the walkout are demanding that Quad:

• Make diversity and inclusion training mandatory for all levels of leadership and management.
• Stop interfering with Periscope’s “editorial independence” in terms of content it releases online and elsewhere.
• Release full, accurate diversity data for Periscope.

Young recently co-founded 600 & Rising, a nonprofit dedicated to the advocacy and advancement of Black talent in advertising following the publication of an open letter to industry leadership signed by over 600 Black ad professionals that called for meaningful action to address systemic racism in advertising.

This morning all of @Periscope's Black employees and one LGBTQ ally walked off the job due to the unethical leadership of parent company @QuadGraphics.

[2/11] For over a month, @QuadGraphics has prevented @Periscope from using the words Black Lives Matter and recently it was revealed to me that they released inaccurate and misleading data for #CommitToChange

Young told Adweek that the original issue with Quad emerged when the company prevented Periscope from using the phrase “Black Lives Matter” in social media posts in the wake of Minneapolis resident George Floyd’s killing by a police officer on May 25. Young said he drafted a statement in response to Floyd’s killing but that the response was held up for a week and watered down, with Quad forcing Periscope to remove the phrase “Black Lives Matter.”

Young said he attempted to explain the importance of including Black Lives Matter to Quad CEO Joel Quadracci. But Young alleged Quadracci refused to budge on the issue, citing a personal objection to the phrase, which he associated with attempts to defund the police, according to Young’s description of the conversation.

Quad evp Eric Ashworth told Adweek that the company’s early resistance to include “Black Lives Matter” in the agency’s statements on the Floyd killing was due to Quad leadership wanting to take time in understanding the issues involved before connecting Periscope publicly with the movement.

“There was a desire at Quad to better understand what [Black Lives Matter] stands for, [and] aligning behind it was something Quad took seriously and wanted to make sure the appropriate time for assessment was given,” said Ashworth. “We’ve always been in support of the term ‘Black Lives Matter.’ The activities of what does that stand for as a social movement is what we were trying to get an understanding of.”

“We will [now] be using the hasthtag #BlackLivesMatter,” he added. “We appreciate what it stands for as a movement and as a phrase.”

Following the publication of this story, Young Tweeted that Ashworth personally directed him to delete the phrase “Black Lives Matter” from a Periscope statement and provided an image of an email from Ashworth informing him and other recipients at Periscope that “until Defund The Police efforts get better defined, we cannot support Black Lives Matter publicly via Periscope in any form.”

Walkout participants say Periscope is not at fault

Young stressed that Periscope had been supportive of employees’ attempts to address systemic racism and moved toward more progressive diversity and inclusion goals.

“Periscope leadership is not to blame here,” he said, calling agency leaders “committed and enthusiastic” about these efforts.

But, he continued, “Quad has interfered at every level, and I’m not sure why. The reason we’ve been given is we can’t act independently because it will set a precedent Quad will have to follow. Even if that’s true, I’m not sure [why Quad wouldn’t want to follow such precedent]. It’s the right thing to do. I’m not sure why they’re taking the approach they’ve taken.”

Regarding the issue of Periscope’s editorial independence, he said that has “always been the ambition.”

“We want to make sure that given the sensitivity of the current marketplace that all the organizations are aligned. Quad wasn’t involved in reviewing Periscope’s posts prior to the current situation,” he said. “We wanted to make sure there was alignment on how the posts will be created and the cadence in which they will be distributed. This is not about editorial control, it’s more about making sure everyone is aligned in what we’re trying to get done.”

Asked why employees felt the need to walk out, he admitted that Quad had not moved quickly enough or provided enough clarity in addressing the concerns of Periscope employees.

“We’re very much in support of 600 & Rising and Nathan’s initiatives,” he said. “We’ve been supporting Nathan on these endeavors from the very beginning. Our support in developing this has been as much as we can commit.”

Issues with D&I initiatives and data

Young told Adweek that Periscope employees had flagged the diversity data Quad released as misleading to the point of inaccuracy, something he called “a complete betrayal of trust.”

Specifically, Quad’s data excludes director titles from being listed as director-level positions, limiting to group director or above, with other director titles considered management level. Young argued this artificially inflated the number of Black employees represented at the director level. He said that when he expressed these concerns to Quad, he was told the data was in line with the parent company’s policy.

[5/11] If any other agency posted false or misleading data for #CommitToChange, I would be vocally protesting that action. It would be hypocritical of me not to protest my own agency's bad actions out loyalty to @Periscope or fear of retribution.

“We’ll publish the data any way we’re asked. We’re proud of that data,” Ashworth told Adweek today. “We’re working on classifying it against 600 & Rising’s classifications and Periscope’s job titles. We published Periscope’s specific data. The ask is that we reclassify that in a different way.”

Ashworth claims Quad is in “full support” of pro bono initiatives and that the company needs “to do a better job of getting our employee pool to reflect the general population.

He added, “We’re totally committed to that and we’re enacting that now. Every new job posting will have a candidate pool that is an appropriate reflection of the broader population, specifically, people of color.”

Editor’s note: Since the publication of this story, Adweek received information that Periscope’s copy editing department has also walked off in solidarity.