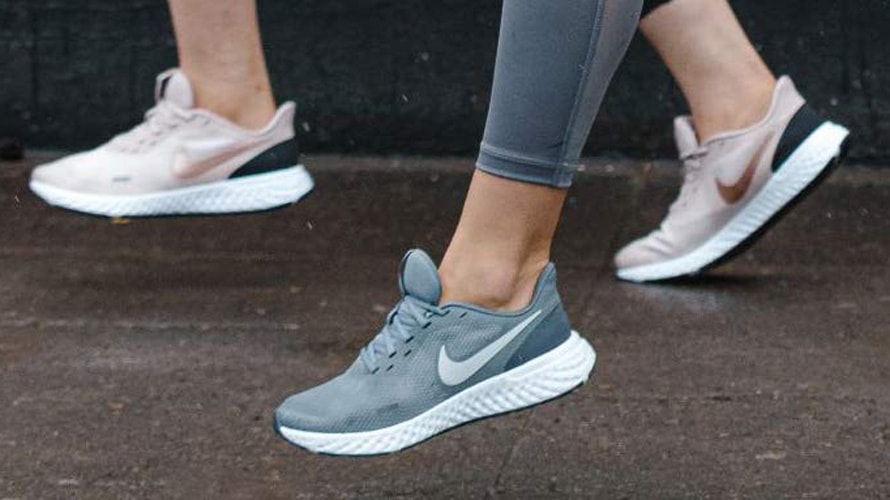 Nike is—wait for it—stepping away from Amazon as a direct sales channel. NIKE

Nike will no longer sell any of its products on Amazon, becoming the latest brand to forgo access to the platform projected to control 40% of the U.S. ecommerce market by the end of 2019.

“As part of Nike’s focus on elevating consumer experiences through more direct, personal relationships, we have made the decision to complete our current pilot with Amazon retail,” the brand announced in a statement. “We will continue to invest in strong, distinctive partnerships for Nike with other retailers and platforms to seamlessly serve our consumers globally.”

Youssef Squali, managing director of internet and digital media in equity research at investment bank SunTrust Robinson Humphrey, called the move “somewhat surprising” because Amazon has been trying to lure well-known brands “in large part to make sure they help … clean up the platform.”

“If Nike is not on the platform, then Amazon … won’t be paying attention as much to either resellers of the Nike brand or even, God forbid, knockoffs,” Squali said. “But once Nike starts selling on the platform, the relationship between Nike and Amazon improves to the point where they would be a lot more careful about what else or who else is selling that brand on Amazon.”

However, Oweise Khazi, director of the insights firm Gartner for Marketers, said the move is not surprising as Nike’s Amazon partnership “wasn’t as wholehearted as it was made out to be.”

That’s because Nike was selling a limited set of products, which Khazi said included “basic replenishable merchandise” like socks and activewear.

Plus, Khazi said, Nike is starting to focus on its direct-to-consumer channels, and the strength of a platform like Amazon doesn’t necessarily lie in customer experience.

This was the case with another footwear brand, Birkenstock, which stopped selling on Amazon in 2016 in part because of unauthorized sellers, counterfeit items and its inability to validate products from third-party sellers.

Colin Sebastian, managing director and senior equity research analyst at financial services firm Baird, noted that Nike products will continue to be sold through Amazon’s third-party marketplace, but recent investigations by the Wall Street Journal have underscored what a mess that can be.

According to the WSJ report, Amazon’s aggressive recruitment of Chinese manufacturers as third-party sellers has resulted in problem listings with products that are unsafe, fake and/or deceptively labeled. And brands harmed by such listings don’t have much recourse because Amazon doesn’t require sellers to list their locations on its U.S. site, and the platform has denied liability in court cases as it doesn’t make or sell those products.

Another concern for brands: Amazon’s growing private label business. The ecommerce giant has access to sales data no one else has and can use that to inform its own product development efforts. Amazon has previously denied using information from individual sellers to compete with its own first-party offerings, but sellers told Adweek they still believe the company utilizes internal sales data.

In 2017, former J. Crew CEO Mickey Drexler cited similar concerns about data ownership and private labeling when he said the retailer would not sell on Amazon. The following year, under James Brett, J. Crew began singing a different tune, but one analyst likened the Amazon partnership to inviting in a Trojan horse.

That being said, it takes a big brand to tell Amazon to shove it. Literally.

“Nike is Nike. I think there aren’t that many Nikes out there,” Squali said, noting that other brands may not have the luxury of disregarding 40% share of U.S. commerce controlled by Amazon.

Khazi agreed, adding that bigger brands have DTC investments and existing retail partnerships they can continue to leverage even if they decide not to do business with Amazon. But smaller firms face a different reality, in which Amazon may account for the lion’s share of their revenue.

“Smaller brands do not have this luxury, and the strength that Amazon brings in terms of consumer visits does not exist on other digital platforms,” he said. “Getting off the platform may mean losing out on a consumer demographic which doesn’t exist elsewhere.”

So don’t necessarily hold your breath for a mass brand exodus from Amazon.

“You do hear the negative aspects more, but there are tons of big name brands who are driving massive revenue on the platform and have good working relationships with Amazon,” Khazi said. “The recent exclusive partnerships with Lady Gaga, Rihanna’s Savage X Fenty line and Puma’s Care Of point to the fact that brands continue to look at Amazon as a retail partner.”