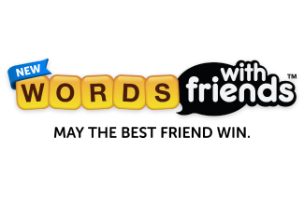 Zynga has announced the launch of New Words with Friends on mobile devices, introducing a huge update to players of the multiplayer word game, with this update focused on introducing the features players have asked for most over the years. New Words with Friends now offers single-player gameplay for practicing one’s skills, a dictionary and more, all in celebration of the game’s fifth anniversary.

New Words with Friends has received an updated look and feel, to offer a sleeker, more modern appearance to gamers. The game, while inherently social, now focuses heavily on the connections users can make with others, rather than on continued interaction with “strangers.” As a result, the feed for games has been redesigned to show large profile pictures of other players, with green dots representing the players that are currently online and available to play and/or chat.

The base gameplay has been left intact, but has been improved with additional functionality. For instance, a dictionary shows users the definition of every word in play, alongside stats for how rare or how common the word is among the game’s players (that is, how often the word is played). This dictionary also includes an audio pronunciation of the word so players can easily add it to their own everyday vocabulary.

Speaking with Zynga VP of games, Jonathan Knight, and Vaibhav Sahgal, GM of Words with Friends, we were told players love to feel smarter after playing the game, so many of these features have been created with that in mind.

In keeping with this idea, when playing a word, an arrow appears next to the word, allowing users to measure how strong the word is in relation to any other word they could play. It should be noted this functionality is “off” by default, but can be turned on inside the game’s menu while playing. Outside of this, a Word of the Day feature is available, which introduces players to an interesting word in the game’s database each day, alongside its definition, rarity and pronunciation.

Perhaps the largest update, however, comes in the game’s solo play mode. This mode sees users playing against the computer, which is designed to match a player’s skill level and play words accordingly. In solo play, users can take a move every two minutes, with this mode being perfect for users that simply can’t connect to the Internet (like when flying) or who want to practice against an opponent that’s always ready to compete.

Two other modes, Smart Match and Community Match, have also been introduced. Smart Match is the new random game encounter, which matches players with those of similar skill levels. Community Match, meanwhile, allows users to browse for users nearby or by gender, swiping through profile pictures to find users they’d like to play with. These pictures are listed alongside the user’s location and average points per word.

Finally, each user’s profile contains a hefty set of stats, which measures all activity within the game (including retroactively). Players can check their average game score, see their total number of games won or lost, view their number of unique words played, the number of times they’ve played all seven tiles in a single move, their longest word ever or their best scoring word ever. The app offers some of these stats in two forms, measuring performance since the beginning of time, or during just the last month.

“Users really love stats,” Sahgal told us. “They love competing with other people, but they also love to compete with themselves.”

Accordingly, these personal stats are listed alongside weekly leaderboards for the total number of points earned, or the average points per word, among friends.