Why Snapchat Matters to the Future of Augmented Reality 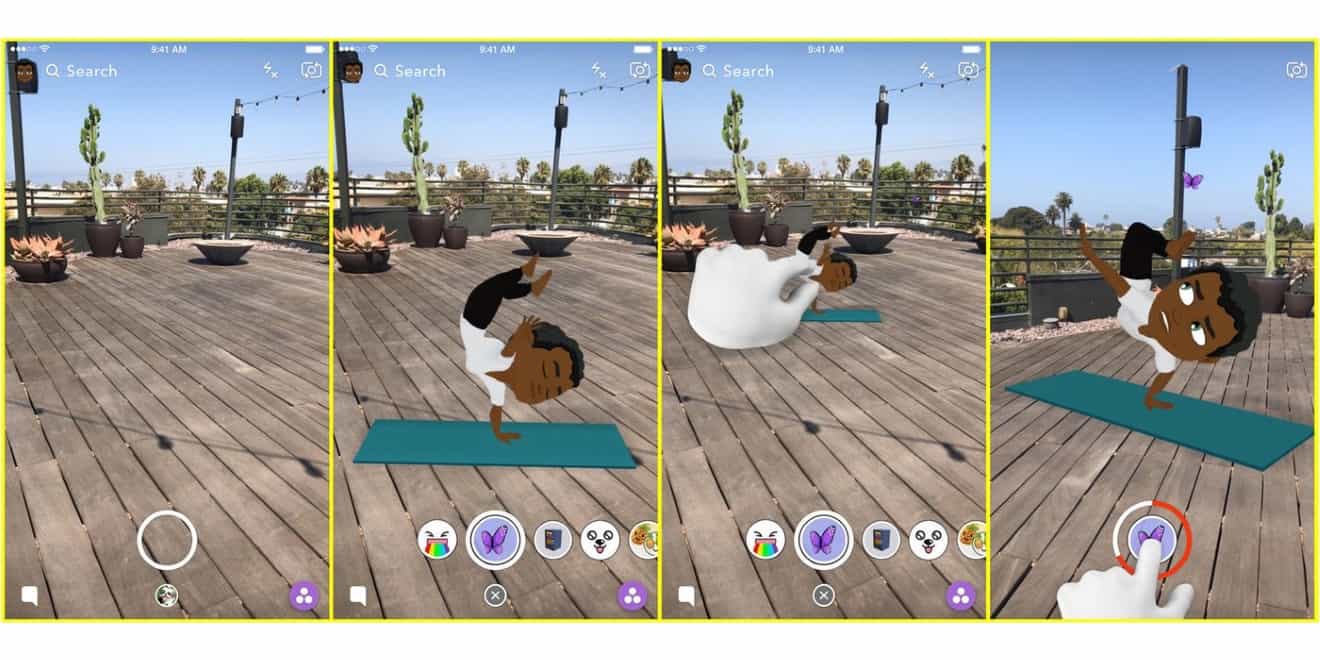 It certainly has not been an easy year for Snap Inc. and Snapchat. Snap’s stock has taken a beating since going public in March 2017. The company lost $1.3 billion in market value in February when Kylie Jenner tweeted about not using Snapchat anymore in the aftermath of a controversial application redesign.

Whether Snap succeeds in the long run is up to Snap, its partners and, most of all, its users. Regardless of the company’s direction, though, one truth is undeniable: Snaphat is playing an essential role spreading the uptake of augmented reality.

For years, we’ve been hearing about AR changing the way people live and work by overlaying compelling virtual content onto our mobile devices and opening up a new dimension of experiences.

Apple CEO Tim Cook has gone on record many times voicing his support for AR. For instance, in an earnings call with investors in 2017, Cook said, “I think augmented reality is big and profound,” and Apple has put its money where Cook’s mouth is by building ARKit, which makes it possible for developers to create AR-based apps such as Ikea’s Place for configuring furniture in your home before you buy it.

Many businesses are now using AR to support functions such as product design, sales and employee training, which is great for the enterprise side. And I believe firmly that AR will achieve its potential when it helps businesses create lovable products and when it helps consumers accomplish tasks such as learning a new dance step.

But for AR to take hold more broadly, everyday people have to adopt it naturally. You cannot force AR down anyone’s throats. And here is where Snapchat has been such an important catalyst. Over the years, Snapchat, like Pokemon Go, has made AR popular by weaving AR into an experience people want to do already rather than require people to use AR for the sake of using it.

To casual observers, Snapchat’s applications of AR might look whimsical and trivial. But they matter very much. When people use AR to play games, create content and socialize, they’re enhancing natural behaviors—behaviors that make us more comfortable adopting technology because they don’t feel forced. Then when an AR app comes along that asks users to accomplish more complicated tasks, such as learning a skill on the job, AR seems less foreign.

In addition, with 3D Bitmoji, Snapchat is making AR a more essential part of storytelling. One of 3D Bitmoji’s production leads, Anna Liberman, told The New York Times that “Hot Coals”—the experience with which people use AR to walk over burning coals—is “a universal story about facing your fears.”

In fact, Snapchat 3D Bitmoji designers focus on creating other story arcs when they design additional 3D Bitmoji experiences. Liberman and her siblings oversee an in-house studio that involves teams ranging from scriptwriters to animators to build 3D Bitmoji.

As Maija Burnett, director of the character animation program at CalArts, told The New York Times, AR “has the feel of being a little under the radar but on the cutting edge. A Pixar movie takes five years to make. If you’re an artist, that’s two films in a decade, whereas at a place like Snapchat you can create a lot more volume.”

While investors watch Snap’s every business move closely, those of us who help other businesses adopt AR are watching Snap’s intelligent and thoughtful creative approach to AR just as closely. If you are a business thinking about how AR fits within your product development strategy, you should be, too. Snapchat offers some valuable lessons about how to get AR right: Don’t force AR on your customers. Instead, make AR a natural part of building a lovable product or experience.