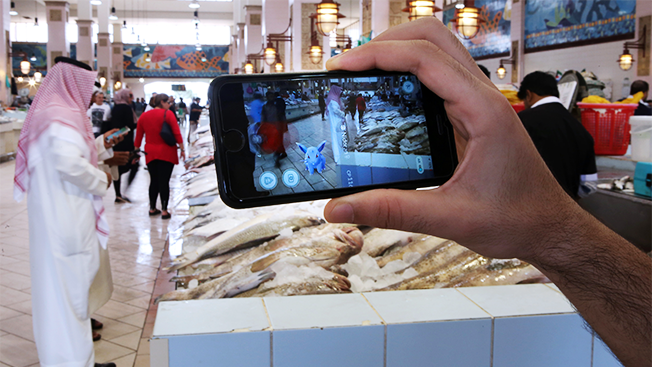 Google Adwords, the digital giant's paid search offering, has long been a go-to platform for ecommerce players looking to increase sales. More recently, it has represented a lucrative source for direct-marketing retailers trying to drive mobile consumers into their stores. Google charges brands on a cost-per-click basis for the ads, guaranteeing a website visit for their cash but not necessarily in-person patronage.

All of which makes Pokemon Go's forthcoming sponsored-locations product intriguing, since it will reportedly be designed to only charge advertisers when consumers—glued to their smartphones playing the game—show up at their stores. Indeed, foot traffic, the lifeblood of old-school retail and the Holy Grail for brick-and-mortar shops that lean on digital.

"If we have a client where the demographic makes sense, then yes, we will advise that client to test sponsored locations," said Gareth Price, technical director at Ready Set Rocket, a digital-marketing agency that works with Ann Taylor, Kenneth Cole and Deutsche Bank. "Cost per visit is enticing for businesses with physical locations as it can lead to a more direct and quantifiable correlation between ad spending and in-store purchases."

"We've worked with at least one client in the last week to help them identify people at their physical locations who are talking on social channels about the Pokemon they've captured as opportunities for surprise and delight interactions," he said. "[The cost-per-visit pricing model] is a smart way to recognize the value that Pokemon Go seems to be bringing by bridging the digital and physical worlds. Foot traffic is obviously the most meaningful metric apart from actual in-store sales."

Supermarkets—hey, everyone realizes they need something once inside a grocery store—could be a likely Pokemon Go ad buyer, suggested Jen Dombkowski marketing director for Peanut Butter & Co. She also said big-box retailers could be in the mix for sponsored locations.

"The back-to-school shopping season is less than a month away, so it's likely that Pokemon Go will not have waned that much in popularity by then," Dombkowski said. "Given that the game appeals to both adults and children, it's an opportunity to drive foot traffic and add some fun to what can sometimes be a stressful shopping trip."

Dombkowski brought up a fair point—no one knows how long the Pokemon Go craze is going to last. Will it be the mobile space's version of Pac-Man, a game that has endured for decades? Or will it be a passing fad?

For the initiated, Pokemon Go employs a smartphone's GPS to alert users when they are "in the game"—or when a Pokemon character appears on their phone in augmented reality. The concept impels players to move around the area they're in and earn points by catching such characters. Locales with a lot of established Pokestops—places of interest that players scope out—typically draw a lot of people. Niantic, the developer of Pokemon Go, offers a similar, AR-based game called Ingress that has failed to hit critical mass and also offers sponsored locations.

The company hasn't revealed the release date for Pokemon Go's ads, but they seem to be coming sooner rather than later. Price from Ready Set Rocket warned marketers about getting too excited about them, saying, "Foot traffic does not equal conversion."

He added, "There are many instances when people show up to Pokestops and loiter, driving businesses to put up signs with the sentiment of asking individuals not to play the game inside their store. Because of that, it's even more important to make sure there's alignment between the business and the demographic, so that if and when the game drives foot traffic to the location, that the business is actually relevant to the demographic to increase likelihood of actual conversion."

At the same time, Price said, the price might be right for Pokemon Go sponsored locations.

Such new platforms, he said, "tend to take a while to reach pricing equilibrium as risks and [return on investment] are evaluated, so advertising via Pokemon Go may go through a period of being undervalued, which is an opportunity we will be looking to explore with more forward-thinking, innovative clients."

"We have some exciting Pokemon-related activities planned for our members, which we'll be announcing next week," he stated.