Critics say the new metric is out of whack 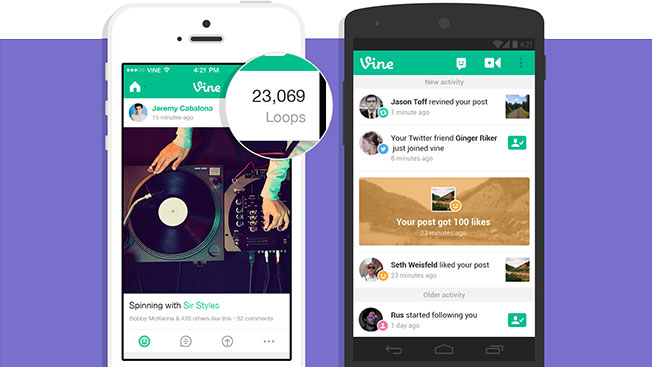 Just three months after Twitter-owned Vine launched a "loop counter" feature that tracks the number of video views, some industry executives are skeptical about how valid the metric is in gauging the effectiveness of short clips.

Over the past few months, Vine users and brands have likely noticed a huge uptick in video views with the introduction of loops, which continuously plays the six-second videos. Some Viners claim that they are getting billions of loops, indicating that someone is leaving a video open in the app or on a desktop. There is also a possibility that bots or software are jerry-rigging some of the traffic.

"I think we agree that there's some weird math going on in between, where you can't guarantee that you've actually engaged a viewer, a consumer or a user," said Tim Nolan, creative director at Huge. "Whether it's bots or just things being left open, it leaves a lot open to the imagination."

Popular Viner Lele Pons—who has done Vine work for brands like Ritz crackers—recently posted a video claiming to be the first person to reach 2 billion Vine loops. On July 21, she claimed to be the first Viner to reach 1 billion loops.

A quick scroll through Pons' profile shows a constant uptick in loops in the corner of her videos. Pons counts 4.6 million followers with 460 posts on the social video app.

Other Viners that have a seemingly never-ending number of loops include Jerome Jarre (who boasts 7.4 million followers) and Zach King with 1.9 million followers (who has done notable work for auto brands Buick and Chrysler).

Influencers have this going for them: followers will watch a great Vine again and again.

"It's not a one-and-done thing—it's the kind of media that you're probably going to watch a few times," said Mike Proulx, evp and head of social media at Hill Holliday, which has run Vine programs for brands like Dunkin' Donuts. "It makes sense that a micro-celebrity on Vine is going to reach 1 billion views in a pretty short period of time."

Still, brand accounts reach a much smaller audience than influencers. Lowe's and Hewlett-Packard, for example, each have about 21,000 followers. Oreo has more than 28,000 followers, and General Electric has roughly 106,000 followers.

Huge's Nolan said loops should force brands to start thinking differently. "If you start thinking about the loop as a creative template for the platform, it's not like the YouTube video that's inherently linear. Can you create something that you can watch over 10 times, 20 times and still get value and enjoyment out of it?"

But Hill Holliday's Proulx argued that the loop counter is already persuading Vine influencers and brands to crank out more compelling content. "In my opinion, it's working. It’s doing what it was designed to do, which is get Viners to publish more, to experiment more and to fuel them to create more content," he said.

Although the Vine loop is one of the first metrics to come out of the video app, some marketers aren’t satisfied with it, knowing the number can be skewed. While the loop counter gives marketers a bird’s-eye view of how their videos are faring, it doesn’t offer the granular data marketers want.

Instead, Heidi Miller, group director of analytics at MRY, said revines—a feature that lets users re-post videos to their own account—are better at gauging the success of videos. Instead of solely looking at views, revines show how many consumers watched a clip and then chose to share it to their followers. Likewise, Vine videos also have a "like" button that marketers can use to benchmark how consumers interact with content.

"You don’t know if it’s three people watching it a lot or 100 hundred people watching it less times. I’d like to see Twitter come out and say something about how many unique devices are actually doing the viewing, because it does rack up very quickly," Miller said.