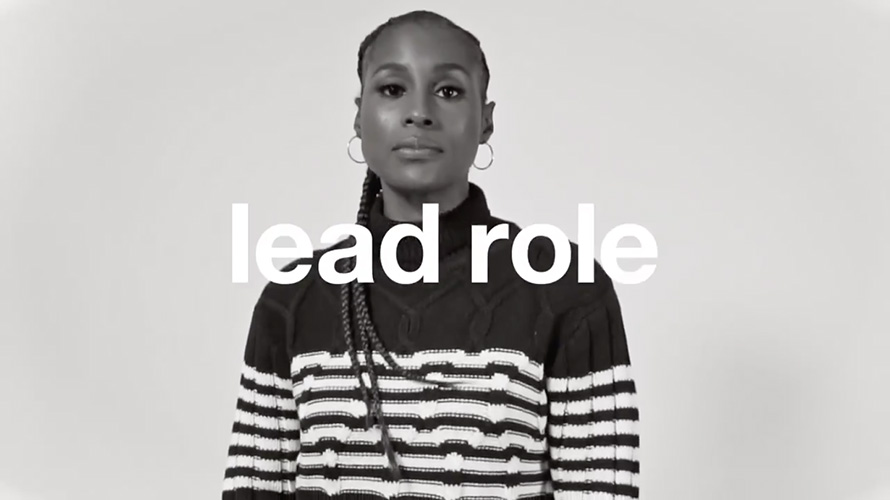 “I heard a woman becomes herself the first time she speaks without permission,” says poet Denice Frohman in the first line of Twitter’s new #HereWeAre campaign, which made its TV debut tonight during ABC’s Oscars telecast.

The 60-second spot includes an original poem from Frohman and features a multi-generational group of women from 20 to 82, including Hollywood filmmakers Issa Rae, Ava DuVerney, Julie Dash and Jennifer Brea.

We stand with women around the world to make their voices heard and their presence known. To bring them front and center, today and every day. Join us as we say #HereWeAre pic.twitter.com/cN2Ik6bZU8

During the 90-second spot, the words from Frohman’s poem beautifully appear on the screen in black-and-white, until Frohman closes out the ad by saying, “I heard this is how you make history, this is how you create a new world.” 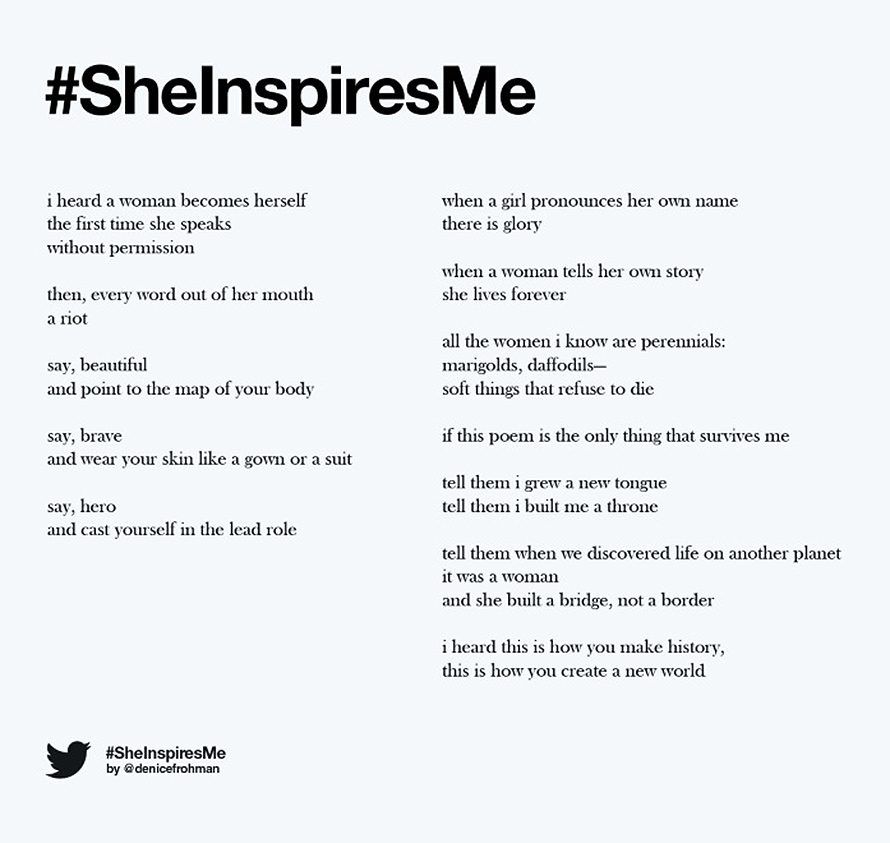 The ad, the first one that Twitter has run during the Oscars, capitalizes on the hashtag that CMO Leslie Berland created in January to talk about the lack of women speakers at CES this year. Berland also organized an event at CES named #HereWeAre, with speakers including GE’s CMO Linda Boff, Recode co-executive editor and co-founder Kara Swisher and Kimberly Bryant, founder of Black Girls Code.

While Twitter’s previous campaign was digital-only, the new work feels particularly fresh for the Oscars, given that issues around sexual harassment and women’s rights—via the hashtags #MeToo and #TimesUp—have dominated Hollywood since last fall. Twitter reports a 50 percent lift in conversation about women’s rights and terms like gender equality and feminism over the past six months.

Celebrities like Beth Behrs, Laura Dern and others tweeted about #HereWeAre on Sunday night.

In honor of #HereWeAre, uniting women and making their voices heard and their presence known, I’m devoting my social media this entire week to the survivors and facilitators of my program #SheHerdPower. https://t.co/AlUFT51bCX pic.twitter.com/7pzfQmh1E5

Sister friend activist in the front lines to protect farmworkers and all workers and women's rights. @MonicaRamirezDC #HereWeAre pic.twitter.com/25yY4KYLPO

Please no one in Europe stay up late! What's going to be shared on TV will be online tomorrow. And I'm not *at* the Oscars!! It's a small cameo, but very grateful to have our movement braided into this larger conversation about inclusion and equality for women #HereWeAre

??? for the incredibly strong, courageous, and talented women of @WWE, who continue to steal the show every opportunity they get. #WomensEvolution #HereWeAre