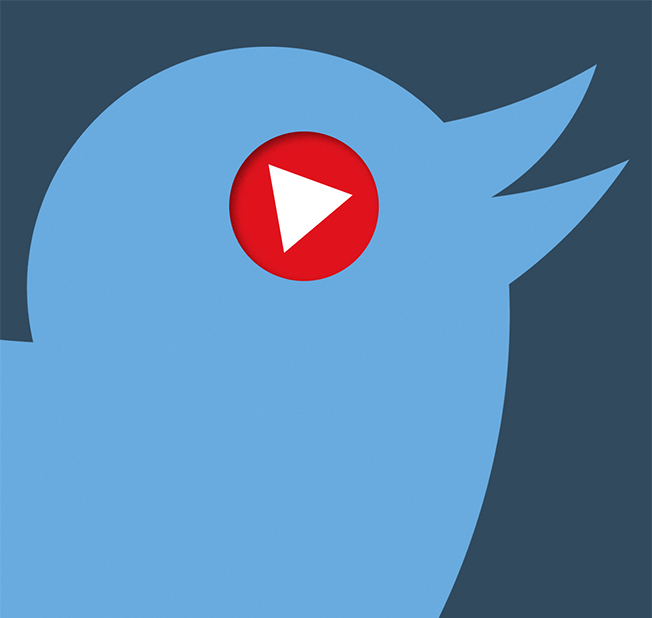 In the past few weeks, Twitter has secured deals with several television companies and sports leagues hoping to get in early on the San Francisco-based social network's burgeoning livestreaming business. And while Twitter has struggled to grow fast enough to please Wall Street in the last few quarters, broadcasters and advertisers are hopeful that a new set of products could help Twitter get back on course (if only as a hedge against the growing clout of Facebook and Snapchat).

In early July, Twitter announced a partnership with CBS News to livestream gavel-to-gavel coverage of last week's Republican National Convention in Cleveland and this week's Democratic National Convention in Philadelphia. Days later, it revealed plans to stream several financial talk shows with Bloomberg News. And just last week it announced a deal with the NBA to stream two new weekly shows, following a similar sports streaming agreement signed with the Pac-12 Conference. But the biggest score came in April, when Twitter signed a $10 billion deal to livestream 10 Thursday Night Football games starting in August. On Monday, Twitter announced plans to stream games and highlights from Major League Baseball and the National Hockey League. (Reports have Twitter in talks with Major League Soccer and Turner Sports for other deals, too.) The momentum could be a boon for 10-year-old Twitter, whose user base of 310 million has leveled off. One thing's for sure: Marketers and TV networks both seem eager to use its streaming video. Scott Havens, global head of digital for Bloomberg Media, said about 75 advertisers contacted Twitter in the first week of Bloomberg's announcement to discuss advertising opportunities. Dozens more have reached out to Bloomberg directly. "It's the only area where there is a supply-and-demand imbalance in our favor, where the demand outstrips supply," Havens said.

Already, brands have signed on to advertise in the NFL, including perennial football-related brand Budweiser, as well as Sony and Bank of America. Azania Andrews, senior director of digital connections at Anheuser-Busch, said the Twitter ads partnership represents "a key component" of marketing plans for Bud Light. "More consumers move to streaming every day, so it's important that we test and learn as marketers and evolve along with them," said Andrews.

Agencies are taking note. Kyle Bunch, head of social at R/GA, said these streaming opportunities might be even more promising for brands than for Twitter itself. "For so long, we've tried to bridge the gap between advertising in a broadcast environment and the social conversation," he said.

Noah Mallin, head of social at MEC, agreed, saying it's "notable" how aggressive Twitter has been in locking deals faster than competitors like Facebook or YouTube, which are building their own livestreaming operations. Mallin observed that livestreaming can only enhance Twitter's real-time relevance—a draw for potential new users the platform desperately needs. "Twitter is the world in your pocket," he added. "And when they first started saying that, it was hard to bring that to life for somebody that hadn't been on the platform. With livestreaming, it becomes so much more obvious what that means, and it actually breathes life into what Twitter's all about."

A Canvs study recently found that users watching a livestream tweeted about the show much faster than those watching on traditional TV. "A few years ago, social was a buzz tool—and now social is TV," said Canvs CEO Jared Feldman.

What this all will look like on the screen remains unclear. Twitter gave a preview earlier this month when it streamed the Wimbledon tennis tournament in HD. One exec said it was "perfect," and another mentioned Twitter is enhancing the experience even more. Along with curated tweets next to the video, Twitter is reportedly tinkering with how the ads will look. A direct-response element near the video is also possible.

Will all this added engagement give Twitter renewed mojo? Debra Aho Williamson, an eMarketer analyst, said it's "absolutely crucial" for Twitter to double-down on live video because it's a way to distinguish itself from bigger players like Facebook. But it better be sure the stream is strong. "When the NFL plays and the ball stops in mid-air, that's not going to help people," she said.