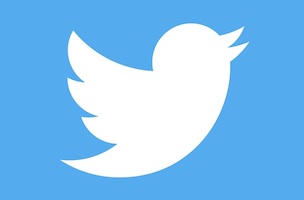 Twitter Cards let users extend the size of a tweet (which is otherwise limited to 140 characters) by attaching larger photos, videos, lead generation tools and other media “experiences”. Cards can provide a nice uptick to engagement and clicks, and they’ve had a good overall response from marketers and brands.

This week Twitter announced the Audio Card, which will let users listen to music directly on Twitter.

“With a single tap, the Twitter Audio Card lets you discover and listen to audio directly in your timeline on both iOS and Android devices,” writes Richard Slatter, product manager at Twitter. “Throughout your listening experience, you can dock the Audio Card and keep listening as you continue to browse inside the Twitter app. We’re launching this new audio card in partnership with third-party streaming services.”

Those partners include SoundCloud and iTunes.

The Foo Fighters were the first band to release a track from the iTunes library, which you can see below. You’ll have to click through to hear the tune which, somewhat annoyingly, auto-plays. Not sure if that’s going to be something happening as you scroll down your timeline, or whether it’s only in standalone tweets.

Twitter’s been trying to crack the music scene for a while now and after a couple of failed efforts I’m not sure this one’s going to have any serious legs, either. Do people really want to play music in tweets as they’re scrolling through their timeline? Maybe occasionally, but I can’t see it really taking off as a USP.