Time Inc. Will Launch a Streaming Service With People and Entertainment Weekly

Plus, Sports Illustrated strikes a deal with Kobe Bryant 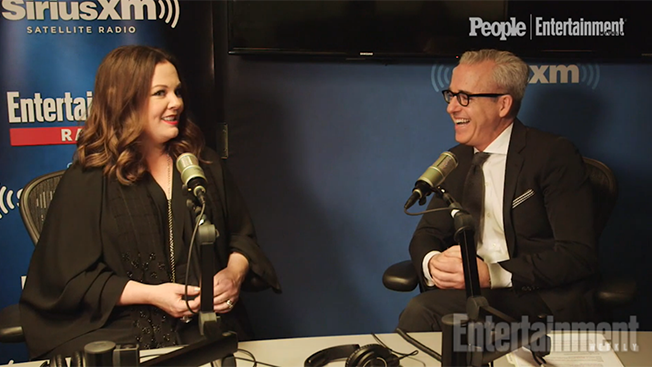 Undaunted by the massive proliferation of streaming services, Time Inc. is going over-the-top with a new service of its own.

During its NewFronts presentation today at New York's Gotham Hall, the storied 94-year-old publisher announced it will launch a streaming service focused on its People and Entertainment Weekly brands. The service, which is expected to premiere this fall, will be wholly advertiser-supported and free for customers, similar to Sony's Crackle.

"We believe the OTT space is a significant opportunity, particularly from the advertiser perspective," said Rich Battista, president of entertainment, sports and video at Time Inc.

One of the shows will be based on People and EW editorial director Jess Cagle's SiriusXM radio show. Cagle gave a taste of what's in store during a live interview with Sarah Paulson, star of American Horror Story and The People v. O.J. Simpson.

The People/Entertainment Weekly Network will offer more than 100 hours of original programming and a library of more than 50 hours of content. The magazines will create original content out of some of their notable editorial franchises: People's Sexiest Man Alive, Heroes Among Us, World's Most Beautiful, and Half Their Size; EW's Fall TV Preview, Must List, Reunions, and Bullseye; and People en Español's Mas Bellos.

Battista noted that by 2020, it's projected that nearly 200 million connected TVs will be sold in the U.S., with weekly consumption of OTT programming doubling during that time. It's projected that advertiser spending on over-the-top content will reach $40 billion in 2020 and account for nearly half of all TV-related advertiser spending, according to The Diffusion Group.

In addition to the streaming service, Time's two pop culture publications will also partner on a new digital brand dedicated to the rising popularity of YouTube and other digital media stars, dubbed "The New Famous." The video-only content will live wholly on mobile and social platforms, and will feature mostly native advertising.

Time Inc. is also wading into the burgeoning virtual reality waters under its Life brand with LIFE VR, which will house all virtual reality content from Time Inc. brands. It will debut this fall as a free standalone app on iOS and Android.

An animated short film based on Dear Basketball will debut this fall on SI.com, along with a series of mini-documentaries from SI Films that go behind the scenes of the animation process. The film will be directed by Glen Keane and will be scored by famed Star Wars composer John Williams.

"'Dear Basketball' is the perfect tribute to something I've loved for so long. Glen and John are two legends in their industries, so to partner with them on the creative process is a dream come true," said Bryant in a statement. Bryant, who was not in attendance, kicked off the NewFronts presentation with a short video message.

On the advertising side, Time Inc. said it will make the people-based data, targeting and measurement capabilities of the Viant Advertising Cloud available to clients.

Other new video projects from the company's brands include: