How to Use Bitly to A/B Test Your Tweets 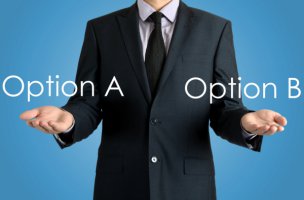 If you have no clue why some of your tweets get dozens of clicks, retweets and replies while others seem to fall on deaf ears, you might want to try a more scientific approach.

A/B testing is the marketing term for a controlled experiment in which you test one type of message against another to see which one performs better.

Advertisers have been using this type of experiment for years. Google Ads are a common venue for A/B testing, since marketers can purchase ads cheaply and can easily modify the images and text to test which type of messaging works best.

But Twitter also lends itself to A/B testing if you’re up for a little experimentation.

Because of Twitter’s real-time nature, the network almost begs you to repeat your tweets. At any given time, only a small segment of your audience is actually online and likely to see your tweet in their timeline. So, it makes sense that you repeat the content of your tweet at a later time to get it in front of a different segment.

By testing your tweets, you can determine: which time of day the majority of your audience in online and engaged; what call to action works best; what tone of voice resonates most with your audience; what type of pictures perform best and more.

Using Bitly to track the links you send in your tweets enables you to get a quick overview of how well your tweets performed, and it’s a fantastic way for small and medium-sized businesses to gain insight into their A/B testing without splurging for a more expensive solution.

To perform your own tests, you’ll want to create a Bitly account. This will keep all of your tweeted URLs in one place so you can easily compare one against another.

Choose a blog post, web page or another piece of content that you created as the initial test piece. Copy and paste the URL for this content into Bitly to create a shortened link.

Next, write the accompanying tweet and schedule it for a specific time. Now, if you weren’t testing your tweets, this is probably where you’d stop – but we’re going to take things one step further.

Write a second tweet pointing to the same content. But this time, grab a second Bitly link so you can track the results of this tweet separately.

When writing this tweet, you need to keep one element about scientific experimentation in mind: ensure there are as many constants, or controls, as possible. This means that you should only change one thing from your original tweet. Maybe it’s the accompanying image. Maybe it’s the call to action. Maybe it’s the time of day. Whatever you want to measure, change. Keep everything else the same, or as close to the same as possible. This will ensure that the differences between your two tweets can be attributed to just a single factor – which you can then emulate in future tweets.

After both tweets have gone out, either log in to your Bitly account or paste the Bitly link immediately followed by the “+” symbol to view the stats.

You can see which tweet got more clicks and engagements, as well as demographic data about who was engaging.

Whichever tweet performed better is now your new standard. Use this tweet as a template for future A/B tests, and continue to refine your messaging based on the results of your experiments.