Takes a swing at innovation 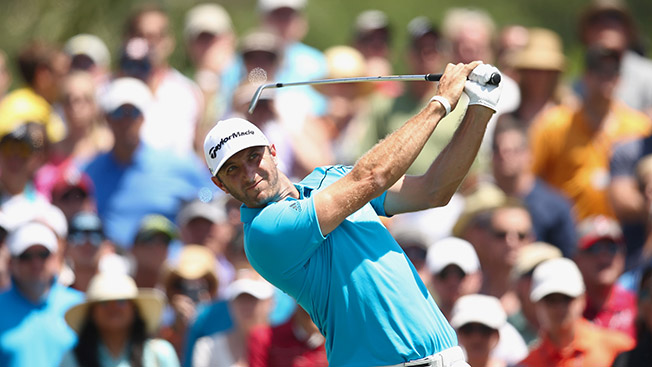 TaylorMade aims to see if product demonstration videos—long an online staple for golf marketers—can be socialized in a live capacity.

At 12 p.m. ET today, the Carlsbad, Calif.-based brand is expected to take viewers inside and outside its PGA tour truck to demonstrate its SLDR clubs, which become available Friday. The live video event coincides with the build-up for the HP Byron Nelson Championship, teeing off tomorrow in Irving, Texas. (The tour truck is standing by in the Dallas suburb.)

Working with tech vendor Brandlive, a microsite has been created for viewers to send in questions about the new products. TaylorMade execs and golf product experts will appear in the 45-minute-to-one-hour video program to field inquiries, while the Adidas-owned brand believes that it can rope in one of its famous PGA partner golfers—perhaps Martin Kaymer or Dustin Johnson—for an appearance. Such names should attract passersby around the brand's truck as they get ready for this weekend's tourney.

"We are pretty comfortable that we can get one or two guys to make a cameo," Ryan Lauder, TaylorMade's director of digital strategy, told Adweek. More generally, he said: "We are really ramping up our digital marketing. We want to innovate."

Getting people to tune in to a midday live video event, though, can be challenging. So Lauder and his team have an online media plan to goose viewer numbers.

Promoted Tweets around golf and TaylorMade-brand terms went live on Twitter this morning to drive folks to the microsite, while homepage takeovers have been running on golf-centric destinations such as Golfworx.com and GlobalGolfPost.com this week. The latter promos have generated significant interest, as dozens of questions have been posted already—some from far-flung places like Hong Kong, Poland and the United Kingdom.

But e-commerce is also clearly part of the play. Brandlive CEO Fritz Brumder said there will be "real-time interaction with an audience as well as a call-to-action to purchase the product they are talking about."

Indeed, viewers will be able to pre-order the SLDR clubs. And a digital team will also be at the ready to answer queries on the microsite well after the live event ends.

"We'll keep going as long as the questions come in," Lauder added.

He also claimed: "No golf brand has done this before."

And how well things go in a few hours could determine how often it's tried again.