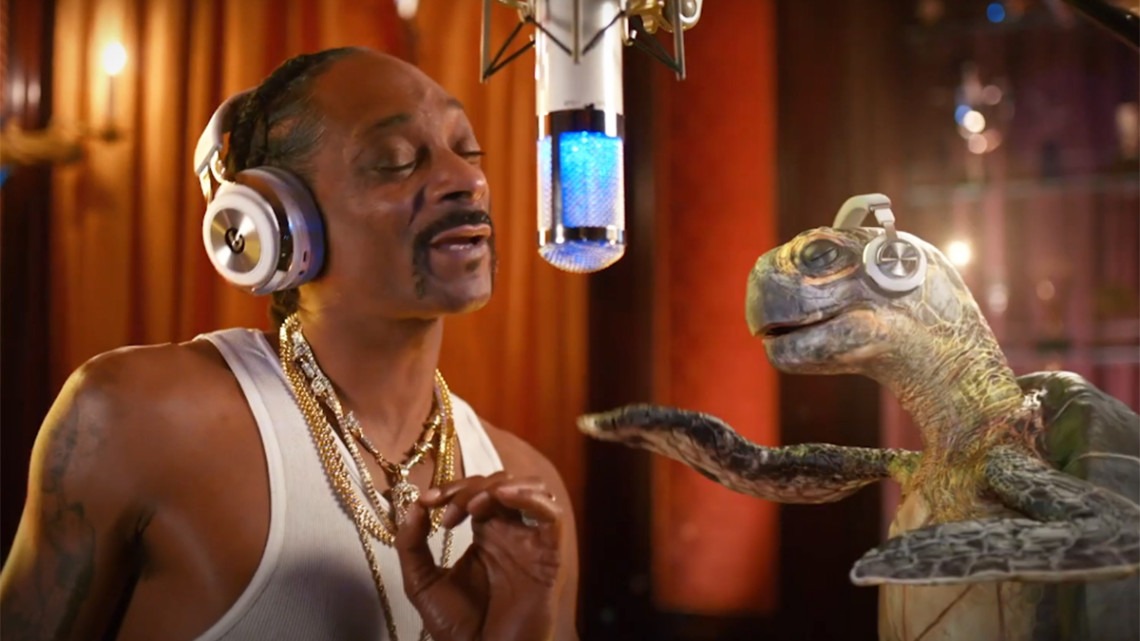 Many people’s holiday celebrations will look different this year, including at Snoop Dogg’s place. There, the famously chill rapper and ubiquitous ad man plans to build life-sized gingerbread houses, lay down some tracks in his home studio and remind his kids to ditch their screens at the dinner table (unless, of course, they’re watching his old music videos).

We have to wonder: What did he do before?

Anyway, the affable artist, fresh off a popular ad series for Corona, stars in a new SodaStream global campaign with a strong environmental message delivered with an intentionally light touch. (He hangs out with “a nearly extinct friend”—a computer-generated sea turtle—who spits a few rhymes and then drops the mic. His kids, and even his Rottweiler, look like pint-sized clones.)

The PepsiCo-owned brand continues its ongoing battle against disposable plastic bottles and, in linking with Snoop, latches onto a likeminded personality.

Snoop, a plant-based food fan and early investor in Beyond Meat, already used SodaStream products, which made him a logical fit, according to the brand’s global CMO Karin Schifter-Maor.

“We wanted this campaign to be fun and cool, and Snoop delivers on that,” Schifter-Maor told Adweek. “He’s a legend around the world, so that fits with our goal of bringing the sustainability message to a larger audience.”

The sparkling water brand’s research found that consumers are more concerned than ever about sustainability and, particularly during lockdown, are searching for rituals that give them a sense of control. SodaStream built those insights into its largest-ever year-end effort, Schifter-Maor said.

The campaign, in the planning stages since June, was shot in a single day in Los Angeles with SodaStream execs watching via Zoom from their headquarters in Israel. The creative draws a parallel between enjoying the small moments in life and contributing, incrementally but significantly, to the earth-first movement.

The work comes from director Jake Szymanski, with oversight from Alon Seifert, a veteran of McCann who was the creative lead on the decorated Nespresso series with George Clooney.

The digital video launches today in more than 20 markets around the world, including Europe, Asia and the U.S., touching on the enormity of the plastic waste issue but breaking it down to a manageable level. Snoop points out, for instance, that if he wants to save thousands of single-use plastic bottles, he doesn’t necessarily have to start his own nature relief fund. He can simply use SodaStream.