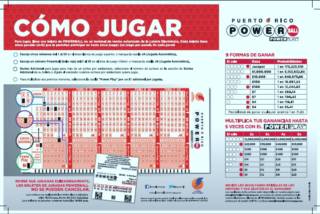 It’s bad enough that professionals searching for “PR” in Google have to sift through tourism advertisements from Puerto Rico, but now money in Powerball is going across a few islands to reach a lucky winner.

ICYMI: the recent Powerball drawing had three big winners: one in North Carolina, one in Texas and one in Puerto Rico. Given how this proud nation is 50 states strong, and its only assumed permissible island is in a different ocean, there were a few terse words exchanged via Twitter about this kerfuffle.

Before you ask the question, Forbes has the answer:

Section 933 of the U.S. tax code provides an exemption for Puerto Rico residents from paying federal income tax on “Puerto Rico-sourced income.” So taxes would get paid, just not on the federal level.

Even Powerball’s map will tell you that “America’s favorite lottery” is played in 44 States, Washington D.C., Puerto Rico, and the US Virgin Islands. In case you’re wondering: Puerto Rico is not a state, but it IS a commonwealth of America. Its residents can’t vote for President, but there you have it…any lottery winnings in Puerto Rico are still subject to the mandatory 20 percent state tax.

Some on social media were perturbed that Puerto Ricans don’t pay federal taxes for most things. Other people blamed Obama. Then there were your sundry racists.

One of the #powerball winners was in Puerto Rico? I’m no xenophobe, but that’s some bull shit.

The bright side of #Powerball winning ticket in #PuertoRico, a free lesson of geography, history and politics for many Americans

How the hell can some1 from Puerto Rico win the #Powerball with 2 other people when it’s not a state and don’t pay taxes? Don’t get it LOL!

Puerto Rico winning the Powerball is a pretty big slap in the face to America http://t.co/TFO3nNCMVZ pic.twitter.com/VDrMbpRYM2

PowerBall (sort of) responded, but what more can one teach such classy people?