Aca-sellers know how to pitch a movie 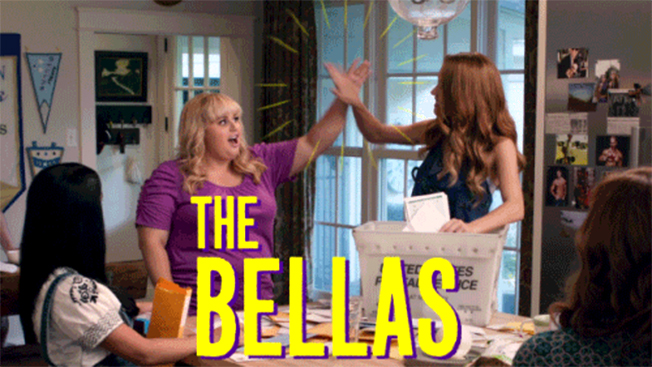 Pitch Perfect 2 is set to hit theaters tomorrow, but it's been playing on social media for months. The studio behind Pitch Perfect, Universal Pictures, even has a couple of social firsts from the marketing campaign, which extends from Snapchat to Facebook and is a testament to how fast the space is changing.

A couple months ago, there were no sponsored videos on Snapchat Discover, no Periscope livestreams and no Facebook Instant Articles. The Pitch Perfect sequel, however, is using a mix of paid and unpaid social marketing that touches on all of these, and it's a strategy that seems to be working.

The movie has more than 300,000 followers on Snapchat, and its premiere trended on Twitter. The Los Angeles debut featured a Twitter Mirror, an Instagram Instastop, a Tumblr Gif booth and a Snapchat stop. ABC Family's Pretty Little Liars stars helped with reach on Snapchat, sending out scenes from the red carpet, and parts of the event were livestreamed on Periscope.

The movie bought commercial space on Snapchat and this week was among the first advertisers to promote a new Facebook Instant Article courtesy of Buzzfeed. It also sponsored Britney Spears' and Iggy Azalea's new music video on Vevo. It was more than a coincidence that Vevo held a NewFronts concert two weeks ago in an attempt to sell advertisers on sponsoring music videos.

Pitch Perfect 2 became part of the Facebook Instant Article launch because of good timing, too, one person familiar with the marketing said. The movie already had been running a campaign with Buzzfeed when the website was named a media launch partner to post sleek stories directly to the social network.

As for Snapchat, Pitch Perfect 2 is among the few advertisers buying ads in stories from cities and events. The movie bought three Snapchat spots: one ran during a Washington D.C. story, one was during a World Cheerleading event, and one runs Saturday on People and Cosmo's Discover channel. UPDATE: An earlier version of this story said one of the Snapchat ads would run Friday.

Here's a look at some of the numbers from the Hollywood premiere alone:

Here's a look at how Pitch Perfect 2 looks to anyone using social media: @annakendrick47 jams out to the #PitchPerfect2 soundtrack at the #Pitch2Premiere

You've got 3 DAYS to make plans! Get your tix for #PitchPerfect2 now! unvrs.al/PP2Tix

From #Pitch2Premiere party to pajama party for @annakendrick47!