Is it possible that new Miami Dolphins offensive tackle Laremy Tunsil cost himself up to $16 million with one tweet? 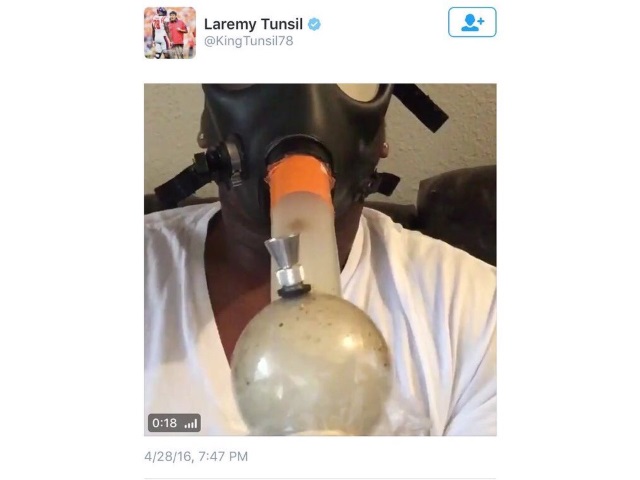 Is it possible that new Miami Dolphins offensive tackle Laremy Tunsil cost himself up to $16 million with one tweet?

Tunsil, who starred at the University of Mississippi, was projected as the top pick in the 2016 National Football League Draft by some experts, but he was not selected until pick No. 13. Why the slide?

Just before the NFL Draft kicked off Thursday night, at 7:47 p.m. ET, a video appeared on Tunsil’s since-deleted Twitter account, @KingTunsil78, which appeared to show him smoking marijuana through a bong while wearing a gas mask.

According to SocialFlow, there were more than 800,000 Twitter mentions of Tunsil Thursday night.

Readers: What are your thoughts on Tunsil’s slide down the NFL Draft?