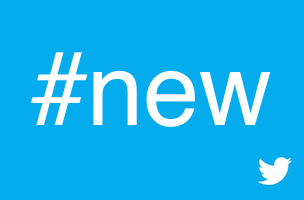 Today Twitter has announced a radical redesign of profiles that the company hopes will help them both attract and retain new users to the service.

While Facebook-like in styling, the new Twitter profiles are significantly slicker in both look and feel than they’ve ever been before, with a greater emphasis being made on photos and popular tweets.

The new design is rolling out as we speak, but a small subset of existing users, and all brand-new users, already have the design. Here, for example, is the First Lady’s profile.

Note the much larger header photo – which, thankfully, is no longer partially obscured by pointless bio text – and the avatar is bigger, too. The bio and other key information (including joining date, as seen on Weezer’s profile) is now on the left, above your photos.

Scroll down the new profile and tweets with higher levels of engagement display in a larger font (not too sure about that), and all users can now pin tweets to the top of their profile.

Additionally, users can also choose how to view the timelines of others (via a filter), with all tweets, tweets with photos/videos, and tweets and replies options now available.

Personally, I really, really like the design. While inevitably a lot of Twitter veterans will rant and rage about the (admittedly close) similarity to Facebook (especially if they’re not fans of the latter, and even though most of them use third party apps to access Twitter, so they won’t even see this), I think this is a very positive, and much-needed update from Twitter. The larger header photo and avatar by itself is a huge improvement, particularly for brands, and bigger photos in the timeline will also improve engagement levels (for everybody).

And why not mirror Facebook’s look? Facebook has more than a billion users – they must be doing something right. Twitter has about 250 million, hasn’t seen much growth in 6 months and really needs a boost. This could help a lot.

I’ll have some more thoughts once it’s rolled out to my profile, but until then, consider this an early thumbs up.