Mobile Game Roundup: The Incorruptibles, The Walls and More 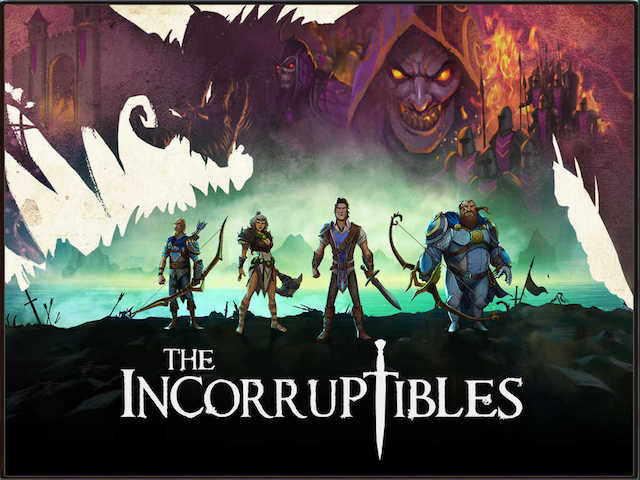 Are you looking for a new mobile game to play this weekend? There are plenty of new options to try, including Nords: Heroes of the North from Plarium. Originally released on Facebook, the base-building strategy game allows players to recruit an army to defeat the evil Ice Queen.

Finally, WG Cells and Pound Sound released Fantastic Plastic Squad on iOS. The third-person shooter allows players to collect 1980s-style action figures, and take them into battle against the evil Dr. Demonocle and his Legion of Goons.

Looking for something else to play? Here’s a look at some of the additional mobile games that were released this week.

The Incorruptibles (Free on iOS) – This real-time strategy game from BonusXP and MaxPlay challenges players to save their realm from enemies known as the Corrupted. Gamers will collect heroes from three classes (Archer, Brute and Swordsman), which interact with enemies in a “rock, paper, scissors” style. During battle, players control up to three heroes in real time, and they can build towers to defend their land when necessary. Battles also see players balance the use of their key resources (food, wood and stone), which users can gather by assigning their villagers to resource locations on the map. As players progress, they’ll collect crafting materials that can be used to create new gear for their heroes. In addition to single-player missions, players can compete against other players in asynchronous battles.Bebop Puzzle Beat (Free on iOS) – From Plastic Dreams, Bebop Puzzle Beat is a music-themed puzzle game, challenging players to remove colorful symbols from the board by tapping to connect symbols of the same color with lines. The game features 120 levels, each with a different goal. Levels become more complicated as players progress, with the introduction of special tiles, like joker tiles and clock tiles.Love and Dragons (Free on Windows Phone) – Following the game’s release on iPad, Game Insight has released Love and Dragons on Windows mobile devices. The hidden object game takes players to a world of dragons and follows a woman named Miralda on a quest to find her true love. The game includes multiple kinds of scenes, including “spot the difference” scenes, and players can use power-ups when they’re stuck.Maritime Kingdom (Free on Windows Phone) – Another Game Insight title, Maritime Kingdom is a city-building game, which was originally released on iOS, Android and Kindle Fire devices. The game sees players become the mayor of a new port town, where they’ll create a fleet of ships to send around the world. Gamers will build their city by collecting and spending a variety of key resources, like food and lumber, as examples.Country Friends (Free on iOS, Android, Windows Phone) – This farming game from Gameloft allows players to grow crops and raise animals and turn their resources into other items at crafting buildings around their farm. As players harvest crops or craft items, they can sell items at the game’s order board to earn extra experience points and currency. The game allows players to work together in a Community Farm by harvesting and watering each other’s crops.Tilt: Quill’s Quandary ($1.99 on iOS) – From developer Noah Rosenfield, Tilt: Quill’s Quandary is a puzzle game challenging players to control Captain Quill the hedgehog, as well as the environment, by tilting their device. Players move the hedgehog by slightly tilting their device, while titling a lot causes the blocks on the screen to move. In each stage, players must move the blocks to create a path for Captain Quill to reach the exit. The game features 100 levels, and does not include in-app purchases.
Share
http://adweek.it/1HYMztE