Twist on ad blocking is part of brand's lifestyle focus 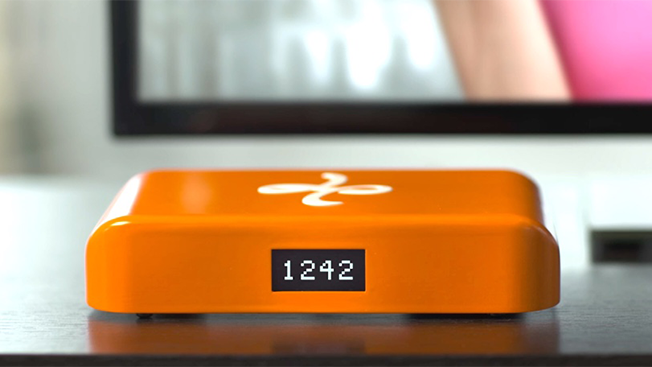 Every January, a slew of television ads and social posts bombard folks with health-related New Year's resolutions using words like "diet" and "weight loss." Now, a campaign from Lean Cuisine and agency 360i cuts through the clutter by literally removing such words.

At CES, 360i gave Adweek a sneak peek at a 3-D-printed device it has built that plugs into cable or satellite boxes. The small box, which is branded with the Lean Cuisine logo, constantly reads closed captioning to detect weight loss-related buzzwords. Every time it recognizes a keyword, it mutes the TV for 30 seconds, roughly the same length of time as a commercial. Various social-media influencers were mailed the devices and encouraged to share their feedback.

Layne Harris, 360i's vp of innovation technology, said the idea is about "trying to not focus on weight and all these superficial thoughts."

The agency also created a Chrome extension that covers all mentions of diet-related words online with a bar. 360i demonstrated the tool on Facebook, where the number of weight-loss posts at this time of year typically skyrockets.

Both tools keep a tally of how many words are blocked. At the end of the campaign on Feb. 14, the brand will make a one-time donation of $25,000 to Girls Leadership.

The campaign is 360i's third piece of work that positions Lean Cuisine as a lifestyle brand. Last year's #WeighThis campaign included a video asking women to "weigh" their accomplishments as well as an installation at New York's Grand Central Station that covered a wall with scales.