Mashing up music and location metrics 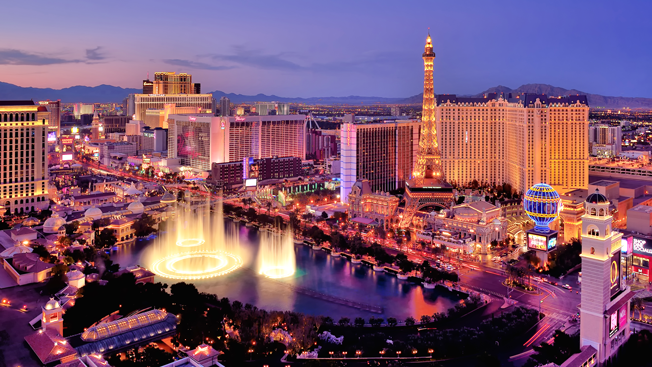 Las Vegas wants to be known for more than just its glitzy casinos. It also has a burgeoning electronic dance music, or EDM, scene and DJs that bring in crowds to the city's hotels and nightclubs.

To market that scene to people between the ages of 25 and 54, the Las Vegas Convention and Visitors Authority (LVCVA) and agency R&R Partners worked with Pandora on a campaign targeting seven markets in which travel to Sin City is popular—Chicago, San Diego, Phoenix, San Francisco, Los Angeles, Dallas and Houston—between October 2014 and September 2015.

"Music is one of our most prominent verticals when we come to promoting the entire destination," said Caroline Coyle, vp of brand strategy at LVCVA. "Everything we do at LVCVA is rooted in research. We have just created a new component to our marketing division, and it's the Las Vegas Research Center. So, we're going to put greater emphasis on research and analytics in general." 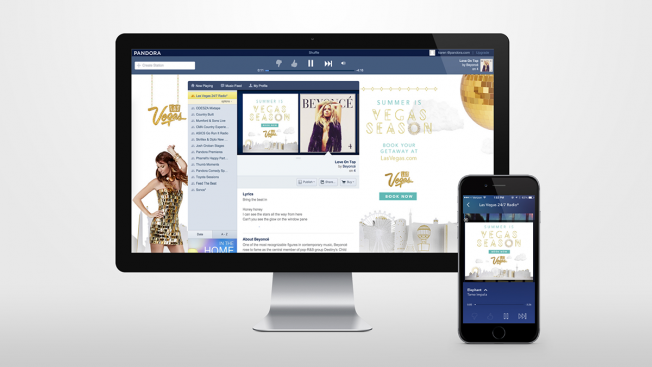 Travel to Las Vegas among Pandora listeners went up 6 percent as a result of the campaign. Pandora

The team ran audio promos on Pandora and set up a branded radio station with music from EDM artists that live and play in Vegas hotels and clubs like Calvin Harris, Phantogram and Krewella. Both sets of ads linked to LasVegas.com, with the average user listening to the online radio station for 34 minutes, according to Pandora.

Pandora then cross-referenced its data of logged-in users listening to music with Placed, a mobile company that tracks the location of more than 1.6 million consumers who agree to download an app and have their whereabouts recorded in exchange for cash, donations or free in-app content like games or virtual credits.

"We're getting the data directly from the device," said David Shim, founder and CEO of Placed. "We see over 1,000 locations per user per day, all directly sourced from the device, which allows us to know with a 100 percent confidence [whether] they were in Las Vegas or not. When you think about the average trip to Las Vegas, we're talking about thousands of locations that we can directly measure."

According to Placed and Pandora's calculations, the campaign drove a 6 percent lift in travel to Las Vegas among the music-streaming service's listeners, the equivalent of 152,462 visitors. The LVCVA estimates that the average Las Vegas traveler spends $724 on a trip, meaning the campaign brought in an additional $110 million in revenue for the city. The LVCVA declined to say how much the campaign cost.

As more marketers look to justify digital spending with real-world stats, Lizzie Widhelm, svp of ad product sales and strategy at Pandora, said offline attribution—or being able to measure if a digital ad drove an in-store sale—is a focus for the music-streaming company this year, particularly on mobile.

For example, more than 75 percent of the Las Vegas campaign's traffic came from nondesktop platforms including mobile, connected devices, tablets and in-car apps.

"The offline attribution is a place where we're definitely trying to work harder with all of our partners," Widhelm said. "This campaign was heavily focused on mobile attribution and helping marketers understand the value of spending on mobile, where we all know the consumer is, but how do we quantify ROI there when it's a cookieless environment?"