From a shrugging Lizzo to a thankful Keanu Reeves

A nonchalant Lizzo and Sandra Oh eating popcorn were just some of the most viewed GIFs on Giphy in 2019.
Sources: Giphy
Share
By Tiffany Moustakas,
Dianna McDougall
|
December 4, 2019
Share

With billions of GIFs posted to platforms like Twitter, Slack and Facebook every day, it’s hard to figure out which ones were the most popular in 2019.

Giphy, the online database with over 10 billion GIFs and stickers sent each day, revealed the 25 most viewed GIFs of 2019 that include famous faces like Lizzo, Keanu Reeves and Drake.

Tyler Menzel, head of editorial at Giphy, said top GIFs are ranked by how many views the short-form videos accrue on the platform over the course of the year. While there’s no common theme between the GIFs, Menzel noted that the Jonas Brothers were particularly popular this year—two Nick Jonas GIFs made the cut. He also saw a lot more positivity in what people were looking at, which is something he noticed was also a trend last year.

“It was nice that the GIFs weren’t all frustration and anger,” Menzel said. “There’s a lot of joy and silliness in there.”

When analyzing exactly which GIFs typically make the cut, Menzel said that a famous face “definitely helps, but it only takes you so far.” Sometimes a top GIF can be a celebrity like Cardi B capturing a relatable mood, and other times it isn’t.

Beyond the database, Giphy has entertainment partners who cut their own GIFs, along with live partnerships with GIF-making pros who capture unforgettable moments from sporting events and awards shows. Menzel advises marketers who are interested in using GIFs to connect with consumers to find something people can directly relate to.

“We’ve observed time and time again that people are drawn to use GIFs of the shows or movies or brands they have a personal connection with,” he said. “They communicate to the people they love with the brands they love. This requires marketers to relearn the rules of engaging with users by connecting to them with genuine and relatable emotions and points of view—and we’re currently helping the world’s biggest brands do just that.”

Looking ahead to 2020, Giphy hopes to continue creating original content with celebrities and artists. But there’s one person Menzel and the rest of his team strive to have in their offices one day.

“We will not rest until a Giphy x Beyoncé original shoot takes place,” he said.

And when it comes to what Menzel thinks will be the next popular GIF in 2020, he first suggested it would probably be related to the U.S. presidential election, given the track record from 2016. But on second thought, there might be another frontrunner.

Here’s the list of 2019’s most viewed GIFs, according to Giphy:

“And I Oop” by Jasmine Masters

Jasmine Masters, the drag queen who competed in Season 7 of RuPaul’s Drag Race, made an impact on the GIF world in 2019 with “And I Oop,” a moment captured in a YouTube video she uploaded in 2015 discussing friends who can’t handle their alcohol.

To celebrate her social success, Giphy is awarding Masters with a framed and custom animated trophy of “And I Oop.”

While most of the top GIFs this year carry some sort of optimistic quality, “Angry” is pretty self-explanatory. It was taken from an episode of Showtime’s hit show Shameless and is an effective reaction GIF to send to friends and loved ones when you’re feeling frustrated. 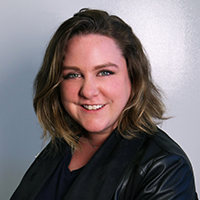