Agent demanded tweet be deleted before they could re-board 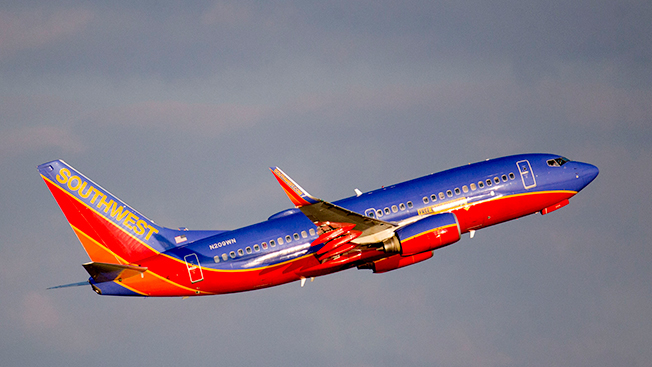 A family was asked to de-board Southwest flight 2347 from Denver to Minneapolis on Sunday, following the father tweeting a complaint about a "rude" gate agent.

Duff Watson had received priority seating on the flight, but his two children had not, and were not allowed to board with him. He told a local CBS station that the tweet was something to the effect of "Wow, rudest agent in Denver. Kimberly S, gate C39, not happy @SWA."

Watson and his children were then asked to de-board the plane by the agent, who told Watson she felt threatened, Mashable reported. She then gave Watson an ultimatum. "She said, 'You can’t board the plane unless you delete that tweet,'" he said. When Watson complied, the family was let back onto the flight.

"I like thought something bad was going to happen, like my dad being in jail," Watson's 6-year-old daughter told reporters.

Consumerist reported that Southwest confirmed that there was a family removed from the flight. "A Southwest Airlines employee and customer were having a conversation about the airline's family boarding procedures that escalated," an airline spokesperson told Mashable. "The customer was removed from flight #2347 from DEN to MSP for a period of time to resolve the conversation outside of the aircraft and away from the other passengers."

The tweet pretty clearly did not pose any threat to any passengers or crew. "There was no use of profanity, there were no threats made," Watson claimed.

The airline has since apologized via email and offered a $50 voucher for all three family members. Despite those attempts at reconciliation, Watson has vowed to never fly Southwest again.