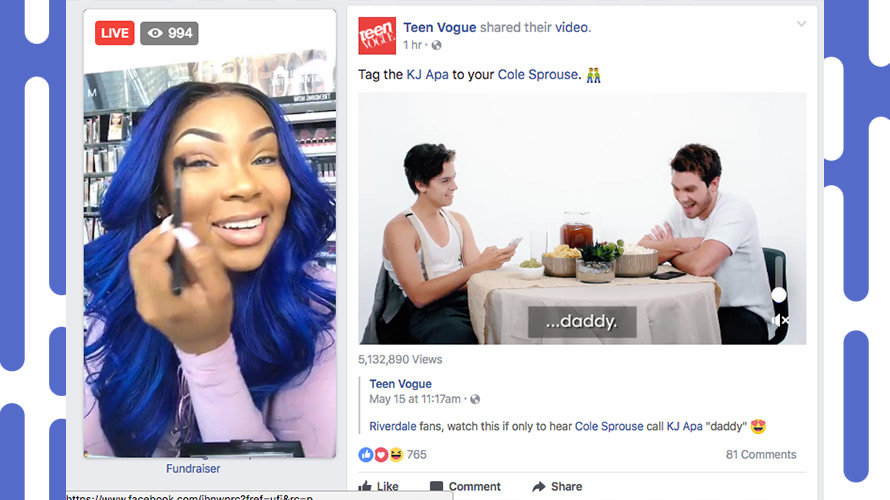 Users can see two videos at once in news feeds.
Sources: Maybelline and Teen Vogue
Share
By Lauren Johnson
|
May 22, 2017
Share

As Facebook’s news feed increasingly moves from text to video, the social network is rolling out a new feature on desktop that makes clips more prominent.

In February, Facebook rolled out a mobile feature called watch and scroll that lets people keep watching organic videos and ads as they scroll through news feeds. Now, the feature is available to all desktop users, meaning consumers who use it can see two videos at once in a news feed, opening up potentially new ad inventory. 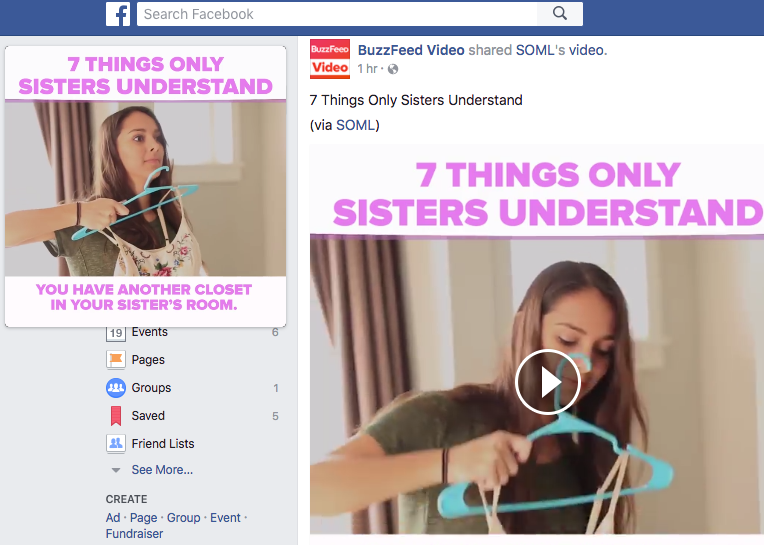 Watch and scroll pulls videos out of the news feed.
BuzzFeed

Here’s how it works: As users discover videos in their news feeds, they can click on icons that appear on videos or click to turn a clip’s sound on since videos automatically play silently. The side-by-side view then appears on the left side of the screen as users scroll past the clip in the news feed. Users can move the video across the screen. Once a clip is finished, a replay icon briefly appears on the page before the video disappears. Such a “sticky” or “pinned” video player is a tactic many publishers, including CNN and USA Today, have used on their websites to keep video content viewable as users read news articles.

As more users, brands and publishers upload video to the platform, Facebook has actively developed more video products and is reportedly in talks with publishers and creators to make TV-quality original programs specifically for the platform, though Re/code reports the time line for those efforts has been pushed back.

Facebook has also warned investors over the past year about ad load concerns as it begins to max out the ratio of organic posts to ads. Watch and scroll could open up new ad inventory as a way for Facebook to show two videos at once. In recent months, publishers have started adding ad breaks to their clips as a way to make money off of live videos.

Whether or not watch and scroll will significantly boost the view and engagement times with video will be worth watching in the coming months and could position Facebook as a go-to hub for digital video as it looks to compete with YouTube, Twitter and Snapchat for more digital and maybe even TV ad dollars.

“We are gathering feedback and may iterate on this experience in the future,” a Facebook rep said in a statement. 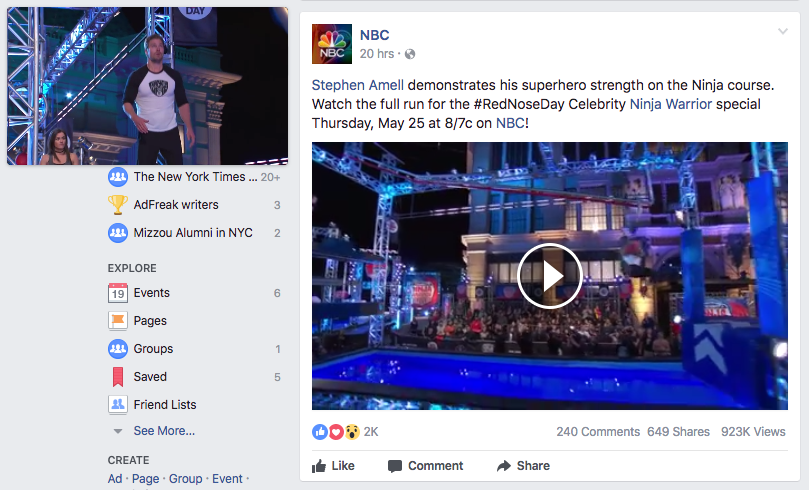