Earlier attempts were shuttered because of transparency issues and iTunes violations 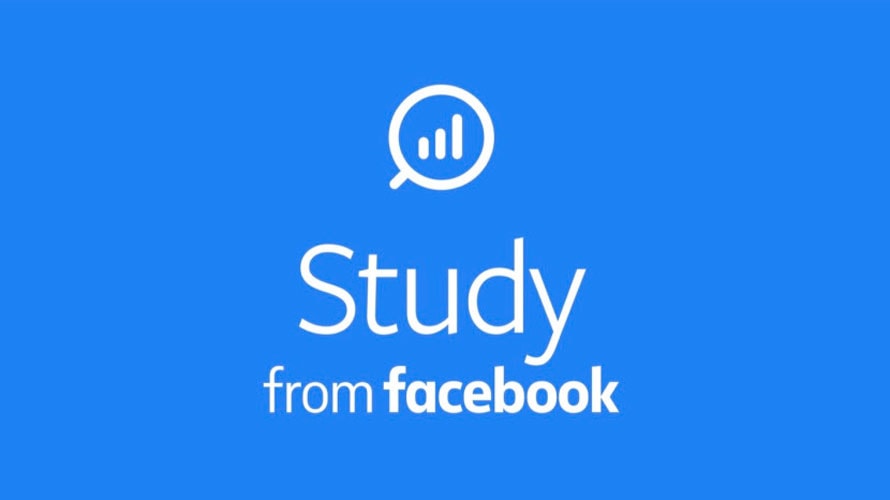 Facebook is taking another shot at using an opt-in stand-alone application for market research, this time with a lot more transparency in the process.

The social network introduced Android app Study From Facebook, with product manager Sagee Ben-Zedeff saying in a Newsroom post that it marks the next step in the company’s shift to reward-based market-research programs.

In January, Josh Constine from TechCrunch shared extensive details on Facebook Research, an iOS and Android app that prompted invited Facebook users between the ages of 13 and 35 to download the new app and, in the case of the iOS version, to install an Enterprise Developer Certificate and virtual private network.

Facebook did not respond to a request for comment on the relationship between the new Study From Facebook app and the shuttered iOS and Android apps.

Study From Facebook is available for download via the Google Play Store, but it can be used only by people in the U.S. and India who have been invited to participate.

Facebook will run ads to encourage people to register to participate in the program, and those who qualify will be invited to download Study From Facebook and given a code to unlock the app.

Only people 18 and older are eligible, and Facebook is not serving ads to people based on demographics or specific campaigns, instead seeking a diverse sample size of participants.

Once the registration process is complete, users will see a description of how the app works and what types of information they will be sharing, which will happen before any information is collected from them. They can opt out at any time. 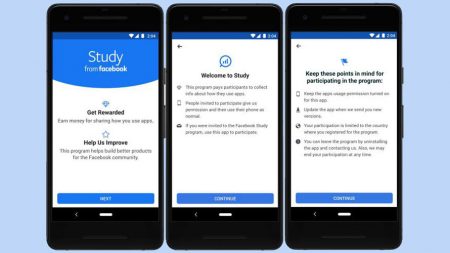 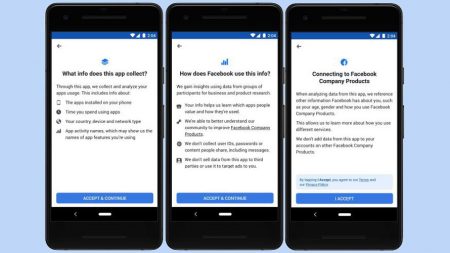 Facebook said it will continually remind people that they are participating in the program and give them the opportunity to review the information they are sharing.

According to Facebook, Study From Facebook will collect and analyze information on the apps installed on participants’ phones, time spent using those apps, country, device type, network type and app activity names, which will help determine features being used within apps.

Information that will not be collected includes user IDs, passwords or any content shared via those apps, such as photos, videos and messages.

Facebook also said information collected via Study From Facebook will not be sold to third parties or used to target ads; nor will it be added to participants’ accounts on the social network.

The company would not specify how much participants will be compensated, but it did say they will be paid on a monthly basis, with funds going into their PayPal accounts and Applause managing the process.

“Approaching market research in a responsible way is really important,” wrote Ben-Zedeff. “Transparency and handling people’s information responsibly have guided how we’ve built Study from Facebook. We plan to take this same approach going forward with other market-research projects that help us understand how people use different products and services.”