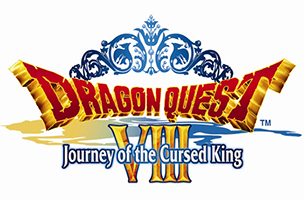 Square Enix is celebrating the 10th anniversary of the Japanese launch of Dragon Quest VIII: Journey of the Cursed King by releasing the game on iOS and Android devices. The game was first released on PlayStation 2, and places players in the role of the unnamed “Hero,” challenged with tracking down an evil jester who has stolen a powerful scepter.

As a mobile release, the game has been redesigned with touch controls, offering the ability to tap and slide a finger on the screen to pan the camera a full 360 degrees around the player. The directional movement controls are customizable, allowing players to choose either one-handed or two-handed play, to fit their style.

In addition, the RPG’s battle system has been updated with a mobile audience (and customization) in mind, as users can choose to have their characters and parties move automatically during battles, with the combat requiring one tap on each turn. On the other hand, users can also have direct control of their characters and parties if they so desire.

Finally, as players run around dungeons, mountains and fields, they can turn on auto-run for even more ease of gameplay.

“The game is perfectly suited as a tremendous value for mobile and tablet as a full 60-plus hour console game with an epic tale of friendship, bravery and adventure. We’ve put in extra effort for the controls to be intuitive and easy to play. Its 10th anniversary is the ideal milestone to re-release the game for fans and new players alike.”

Dragon Quest VIII: Journey of the Cursed King is available to download for $19.99 on iOS and Android devices. Check back soon to follow the game on AppData, our tracking platform for mobile and social apps and developers.