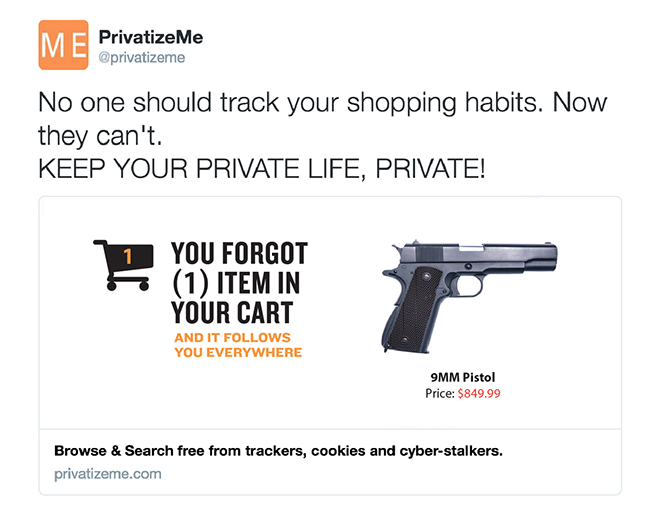 But while it might be clear why some want secrecy, the entire list of audiences targeted with the ads seems like more of a buckshot. The campaign also targets college-or-higher-educated African Americans, people with personal hygiene issues and people who identify as gay, lesbian, bisexual or transgender.

Asked why PrivatizeMe decided to lump college-educated African Americans and LGBT people in with a laundry list of taboos, West said he thinks they would "appreciate" the online privacy offered by the company.

"There is a large contingent of educated African Americans who have a growing concern about being profiled on the web," he said. "This audience has an issue being stereotyped online due to their skin color."

Here are some of the ads people might see: