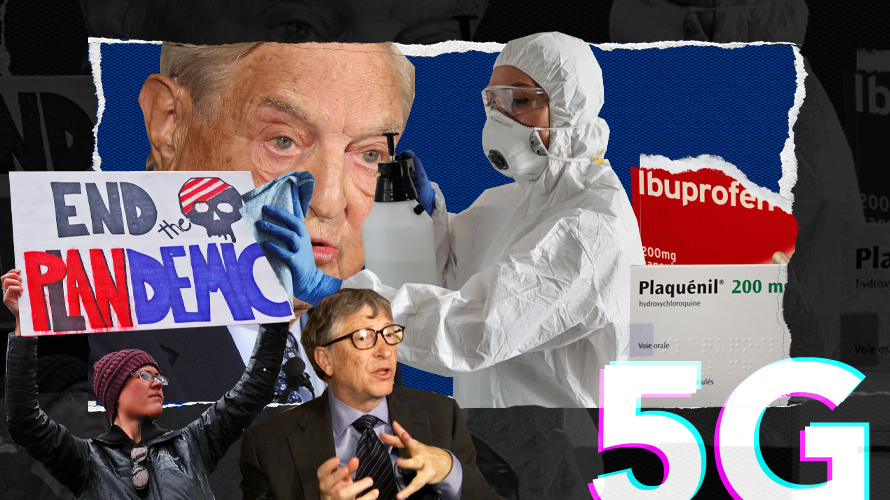 Social media platforms are always rife with misinformation, rumors and conspiracy theories, but amid the Covid-19 pandemic, they seem more prevalent than usual. And they are bleeding into the real world.

Already during this crisis, people have licked toilet seats, drunk far too much water and rioted and protested as distrust of the government led them to believe online rumors over their own officials. Access to accurate information can even be a matter of life and death: People have also been drinking bleach, with one dying of ingesting fish tank cleaner, both prompted by comments made by President Trump.

Zignal Labs, a media insights company, tracked the spread of coronavirus misinformation online from May 11-18 and found that the five most widespread misinformation topics were all related to Covid-19.

By far the most popular was the myth that Bill Gates had created the coronavirus. This bunk theory was mentioned 295,052 times across social media, broadcast, traditional media and online sites during that week.

Next were claims about hydroxychloroquine as a treatment (88,166 mentions), the idea that 5G deployment is causing the virus (87,776), the notion that disinfectants like bleach can cure the virus (85,240) and content around the Plandemic conspiracy theory (28,607).

Notably, two of the top five theories have been driven in part by President Trump’s rhetoric. The president doubled down on his claims that hydroxychloroquine may treat or prevent Covid-19 this week, claiming that he himself is taking the antimalarial drug every day. However, a new study in The Lancet medical journal Friday linked use of hydroxychloroquine to death in Covid-19 patients. A spokesperson for Zignal Labs said chatter around hydroxychloroquine spiked following Trump’s announcement that he was taking the drug.

The Plandemic conspiracy video—in which disgraced scientist Judy Mikovits alleges several false or misleading ideas about Covid-19, including an alleged secret money-making plot—spread like wildfire across social media in recent weeks, spiking earlier this month when a trailer for a longer documentary was released.

Conspiracy theories about Gates’ involvement have been dominant since the onset of the pandemic, especially because he has for years tried to warn people about the threat of pandemics. The recent news that the FDA halted a Gates-backed testing program only fueled this fire across social media.

There has been no shortage of conspiracy theories during the pandemic: Other theories that include ibuprofen, a national quarantine and billionaire George Soros have also been popular in recent weeks.

Jennifer Granston, head of strategy and insights for Zignal Labs, said these theories can cause major concerns for companies caught in the fray.

For companies invested in 5G technology, for instance, Granston said it’s a “scary” time with all the rumors about the new tech standards.

“And for some of the pharmaceutical companies, they have to be looking at this and wondering [about things] like stock price,” she added. “There are winners and losers based on the ibuprofen stuff that came out—and that’s not even a clear case of disinformation. That’s two credible officials contradicting each other.“

Granston feels that many of the conspiracy theories online are really starting to bleed into the real world, but for companies caught in the middle, often the best decision is “strategic silence.” Speaking about a fringe theory only legitimizes it.