"we have reached a strange new place in marketing when tweets become full-page ads." -tweet by film critic A.O. Scott 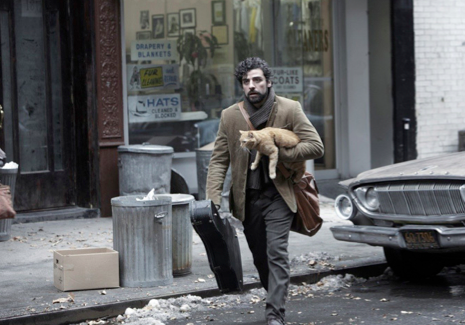 CBS Films may have skirted Twitter’s advertising guidelines by turning a single tweet into a full-page ad for the movie “Inside Llewyn Davis” in the New York Times.

The tweet, which was written by the Times’ film critic, A.O. Scott, praised the film’s soundtrack (the first sentence, in reference to two other competing films, was omitted).

If CBS simply retweeted Scott it would not have been in violation of Twitter’s advertising conditions, but neither would it have had the same impact as a full-page ad in the New York Times.

Twitter’s rules do not permit advertisers to pay to promote a person’s tweet nor use it in an ad without seeking and receiving “explicit permission.”

It is not clear if CBS asked Scott’s permission to use his tweet:

“CBS Films publicist Grey Munford did not respond to a request for comment by ReadWrite, but he seemed aware of the controversy: On Twitter, he retweeted a couple of tweets about the controversy and Scott’s reaction.

Scott, asked if he gave permission for the tweet’s use, was cryptic: “Kind of.”

If CBS used the Tweet without Scott’s permission, as seems to be the case, it is in clear violation of Twitter’s terms of service. And both Twitter and the FTC forbid the alteration of a Tweet.

“Even Twitter itself has gotten in trouble for misusing tweets in promotional materials: In a blog post about its advertising offerings, it invented fake tweets under real users’ names last year, was caught, and apologized,” reports ReadWrite.

Jim Prosser, a spokesman for Twitter, told ReadWrite that the company did not comment on individual violations of its policies.