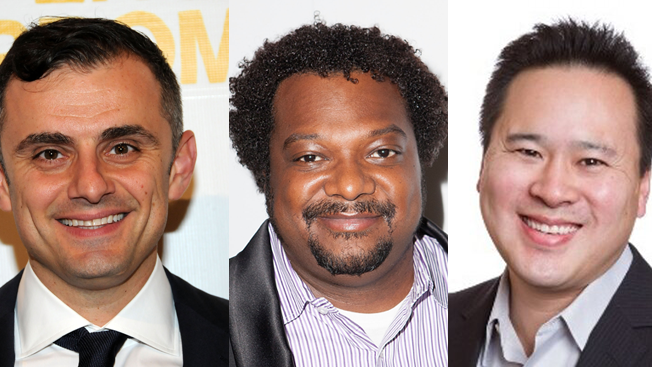 South by Southwest Interactive is set to get underway Friday, when more than 32,000 attendees will descend on downtown Austin, Texas, for a five-day festival of technology, marketing and digital life. There will be a lot of take in, and past showgoers will tell you it's easy to get overwhelmed. Despite the fun—futuristic ideas, interesting people and brisket/tacos/booze—one might wonder if the hastle is worth it in the end.

Well, some notable SXSW veterans say it definitely is.

"I don't give a crap about barbeque food, and parties are not necessarily my favorite," explained Gary Vaynerchuk, CEO of Vayner Media. "It's literally about just walking down the street and somebody saying, 'Hey, do you have 10 minutes for me to pitch my business?' And me saying 'yes,' and allowing that serendipity to create life's experience."

We reached out to three pros for their tips on handling the beast that is SXSW: Vaynerchuk; Mondelez marketing dynamo B. Bonin Bough; and Crowd Companies founder and longtime industry analyst Jeremiah Owyang.

Here are three tips from each of them, in their own words.

1. There will be a lot of topics around mobile-first DNA. And I think we see a lot of virtual reality and augmented reality. "Smart" everything. 3D printing. And then there will be a lot of complaining [laughs] about how it used to be. A lot of complaining that valuations are over-bloated, that the space has gotten douchey. The narrative now is that it has gotten so big, that it's sold out. It's not as good as it used to be. Or all the brands are there, so it's [not as cool]. Don't [fall] for that. You are fully, 100 percent in control of your South by Southwest experience. If you want it to be like it was six or seven years ago, you can make that happen in a lot of off-the-beaten-path spots. Those great conversations can happen.

2. Try to go to the "it" parties as often as a random bar—where there's a lot of interaction and cool stuff going on. And don't overschedule yourself [in terms of the show] content, meetings and parties. The people who only program themselves to the conference content—from day to night—are making a huge mistake. There's just too much magic in the halls, in the restaurants, in the taco trucks. Underestimating serendipity is a huge mistake.

3. I would leave half your [time unscheduled]. And I think it's actually healthy to keep your meetings to 10 to 30 minutes.

1. SXSW is really an opportunity to launch experiments you can't try anywhere else, which add value and test the limits of what technology can do. I've always felt like we have an obligation to show the path of how brands can participate at SXSW and do something truly groundbreaking—much like the Oreo Trending/Vending activation [last year]. It's not just about creating buzz around an activation, but it's thinking about the event as a platform to begin to shape the industry and do something future-leaning.

2. Make sure to put yourself out there and in those random situations. The first conversation I remember having at a SXSW was in the registrants' lounge 11 years ago. I started talking to this guy who turned out to be CEO of Pure Volume, which was later sold for quite a bit of money. I met Brett Wilson, who's the CEO of TubeMogul, at a party my second year at SXSW. And it's not just parties; it can be as simple as standing on the street or sitting in the lobby. The first time I met Gary Vaynerchuk was actually in the lobby of the Hilton.

3. You should use SXSW to expand your mind and try to go to sessions and meet people outside of your own sphere. If you're a brand marketer, you should go to lectures on user experience. Put yourself in unfamiliar spaces with unfamiliar people and enjoy the rollercoaster of different thought, and that will help you grow and expand your thinking. From a networking perspective, be as deliberate as possible about trying to connect with people. Be relentless. Back in the day when they used to print out the program with a list of people who were attending, I would just send out a ton of emails to all of the people that I wanted to meet and was very deliberate about how I wanted to expand my network.

1. A few themes will bubble to the top this year. [There will be] a focus on women in technology; sharing economy startups like Lyft and Uber are now finally fully functioning in Austin; and [peer-to-peer] chat tools like Firechat will enable people to use Bluetooth to connect, rather than rely on failing [Internet service providers].

2. Really watch the alcohol intake. There are cameras and videos being done everywhere, and you don't want to accidentally embarrass yourself and have to make apologies for the next few days.

3. Walk the booths, walk the street, just walk. This is a place where thousands of innovators come to learn, share and demo, you can learn a tremendous amount by exploring the space. And as you collect hundreds of business cards, develop a system so you know which ones you want to follow up with. Either by designating a specific pocket to place follow-up cards, or slightly folding a corner, or marking with a pen, you can keep the signal higher than the noise.