5 Startups That Marketers Must Look for at CES

Ad innovation is all part of the show 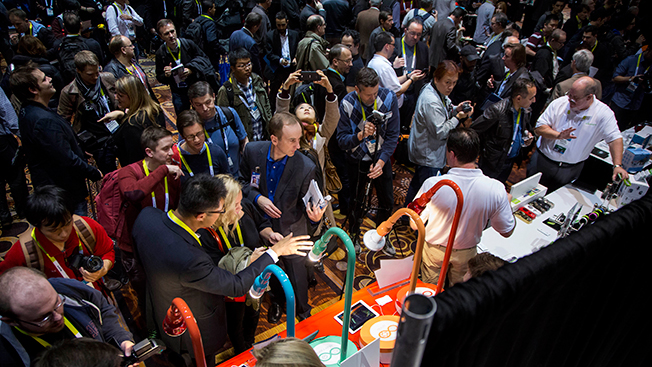 Some of the most innovative companies at the Consumer Electronics Show don't make gadgets. They make the services that run on gadgets—services of increasing importance to marketers. These companies are flocking to Las Vegas to show how their platforms are attracting big audiences and advertisers.

Here is a look at five tech firms hoping to make an impression at CES, including some featured in MediaLink's first innovation guide to the show:

This startup, with 150 million users sharing the Internet's most popular photos, is on an advertising mission in 2015, and it starts at CES. Founder Alan Schaaf was named to Forbes' 30 under 30 list, which was revealed to coincide with the convention.

This startup will be hustling at CES to secure messaging deals in its quest to attract 1 billion audience members. Founders Michael Africk and Perry Tell are using CES to announce they have signed brands like Walmart, Fandango and Drizly to use InMoji's innovative branded emojis and stickers. The clickable stickers appear in messaging apps and direct users to promotions. TextPlus is the first messaging app to feature InMoji's stickers, and the founders assure more and bigger players will come on board soon.

Foursquare was split into two apps last year, and the new Foursquare will have a team at CES talking about its future in advertising, in particular the Foursquare Audience Network. The location pioneer is showing off how it can target consumers with ads based on their interests and locations.

This in-store shopping technology company is best known for digital couponing. It says it has 35 million monthly users and its app was downloaded 18 million times. Its marketing technology connects retailers and brands to those users when the location is right.

This startup is innovating digital out-of-home advertising. The company says it's putting the "smart" into digital billboards with the first targeted out-of-home ad network. It will have a booth at the Sands Expo.