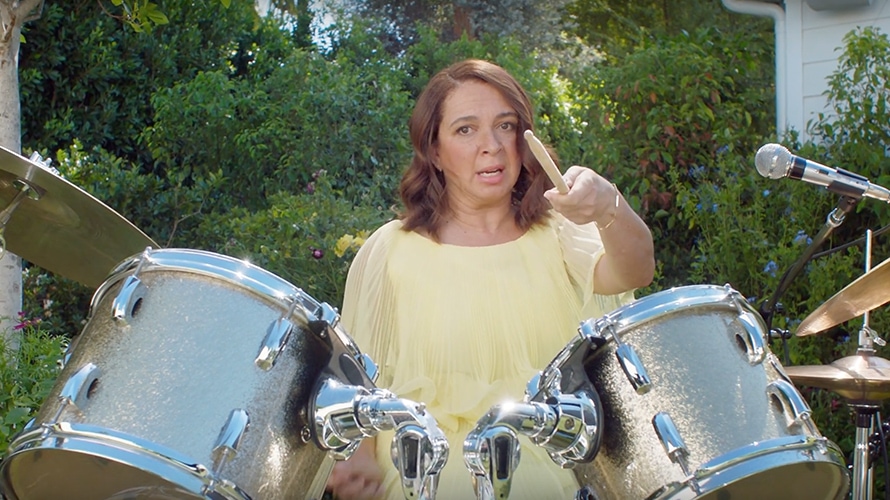 In recent years, Maya Rudolph has found strange yet compelling ways to tout Seventh Generation’s use of natural products. Now, the company is deploying Rudolph to help destigmatize the word vagina (with the actress and comedian behind a drum set saying the word repeatedly) while also pitching its period-care products.

The new work from 72andSunny is a continuation of Seventh Generation’s musical approach to talking about periods, part of the company’s ongoing mission “to advocate for transparency of ingredients in this segment,” according to Seventh Generation CMO Hanneke Willenborg.

By using an unexpected creative approach, which Rudolph improvised, Willenborg said, the company is able to “raise our voice for issues we believe in” and will continue to do that “until there is legislation around disclosure of ingredients in products.”

Seventh Generation would also like to get consumers talking about the lack of care available to those who need it—one in four girls in the U.S. doesn’t have access to period care, according to Willenborg—and taxation.

“Period care is taxed as if [the products] were cosmetics, while Viagra is not taxed,” Willenborg said. “That, in and of itself, is just so insane. If I’m a man and I have the needs of Viagra, I can buy that without taxation, but if I’m a woman and I have my period, I cannot get [period care products] without paying taxes on it. That feels so strange, not just.”