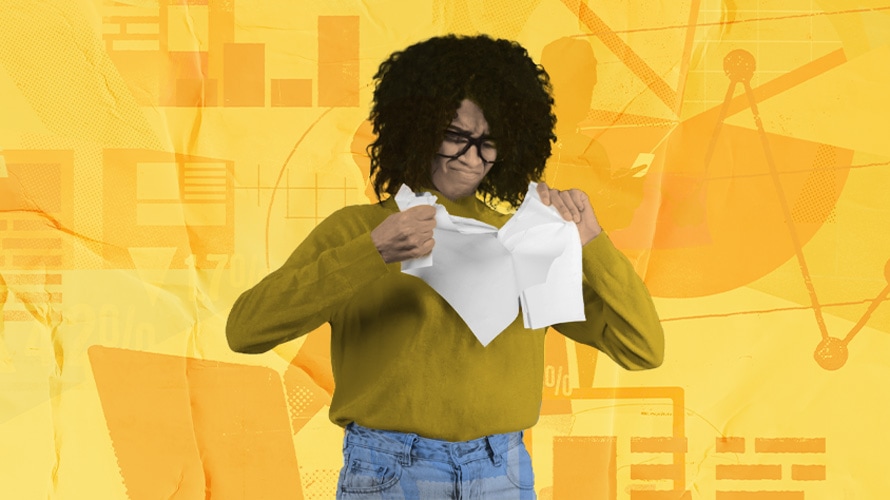 Before taking a stand on an issue, brands must ensure complete alignment across every part of the business. Illustration: Trent Joaquin; Source: Getty Images Nothing in common? Think again. It’s not their charm and wit or a social following over 1 million or their unwitting ability to turn heads when you pass them in public. They’ve all been canceled.

You might be thinking, they don’t seem to be canceled. I just saw Aziz at the Comedy Cellar. I wore Prada loafers to work today. I didn’t even know Tesla was canceled. The truth is that it’s complicated.

Cancel culture, with roots on Black Twitter from around 2015, is used to express cultural boycott and is intended to take away power, attention and capital from a person or brand, whether it’s digital, financial or cultural.

It usually goes like this. Someone well known says or does something problematic, which goes viral and leads to online outrage, which leads to that figure apologizing. Cancellation means that a person or brand possesses enough equity to cancel, derived from words spoken or disseminated online where their power is predicated on the attention economy. Therefore, cancel culture continues its offend-outrage-atone cycle until the platforms from which they derive attention, or society’s derivation of value, change.

Because canceling has become so easy and frequent, cancel culture has become diluted.

Cancel culture encapsulates and amplifies what it means to be online. Our ubiquitous access to information allows us to see more things that are wrong and hear them more loudly. At the intersection of peak chaos and peak narcissism, cancel culture makes me as an individual feel like I have a voice that matters, that is making an impact and that can take back control over what’s happening around me. Canceling someone or something is transactional, socially performative and immediately rewarding with a low cost of entry. It’s essentially accountability arbitrage. Cancel culture is a space we feel we can hold public figures accountable so easily at the touch of a button.

But the truth is that outrage is less outrageous these days and often doesn’t translate offline. After Kanye West proclaimed slavery was a choice, Ye debuted at No. 1 on the Billboard 200. Tekashi69 committed the ultimate sin of ratting out his whole clique and signed a $10 million record deal from jail. After the Cambridge Analytica scandal (and all scandals thereafter) and a subsequent #DeleteFacebook campaign, Facebook’s numbers haven’t suffered. We behave much worse online than we do in real life. Perhaps nothing is ever truly canceled.

Canceling a person or brand is conceptual and is an attack on the method, as opposed to the underlying value system. Convenience, price or entrenched routines often outweigh brand trust and alignment with values. And because canceling has become so easy and frequent, cancel culture has become diluted. If you stacked up every brand you bought from in the last month against the causes you value, would you ever buy anything again? Keeping up would be a full-time job.

The impact of cancel culture on artist versus brand varies. It tends to be harder to separate artists from their work, and ultimately, there’s not a true direct replacement. This tends to make the cancel threshold higher but more permanent (think Kevin Spacey and Harvey Weinstein versus Kanye West).

For brands, the effect of being canceled depends on comparable substitutes. If Charmin were to suddenly become an ardent Second Amendment supporter, it would be easy for those who passionately believe in gun control to shift to Scott or Quilted Northern. And the more differentiated a brand is, the higher the switching costs for consumers when a brand does something they disagree with (think Equinox or Dior). Therefore, it’s even more important for brands to monitor cultural conversations tied to business results.

Canceling is rarely universal or uniform. Celebrities and brands are complex beings made up of multiple parts with transgressions and virtues. The tipping point of how much we have to disagree with in order to remove something from our brand basket is hyper-personalized and similarly not universal or uniform. LVMH chairman Bernard Arnault appeared alongside Donald Trump at the opening of a new factory in Texas (landing on Grab Your Wallet’s boycott list) but is making an environmental impact by reducing carbon emissions, switching to renewable energy and incubating sustainable change-makers like Stella McCartney. Prioritizing between politics and environmentalism is not homogeneous or mutually exclusive. No one is wholly pure or wholly evil, which makes a complete cancellation rare and complex.

This is not to say the answer for brands is to ignore cancel culture or adopt the “any press is good press” philosophy. Today’s consumers who are even in slight disagreement with a brand’s message have the ability to amplify objections more easily and vocally than ever. And today’s brands must take a stand and demonstrate their values, as staying silent is not the answer, especially seeing as 65% of millennials saying they wouldn’t buy from a brand that stayed silent.

For some brands, taking a stand on certain issues requires focusing on core consumers and potentially alienating those who aren’t as loyal to the brand. It’s a tradeoff, but one that has potential to build equity and long-term loyalty with its most engaged customers. In terms of approach, transparency of thought and action is key, as is tangibly learning from mistakes, which also safeguards brands from being overly reliant on the attention economy and more aligned and demonstrative of their intrinsic values.

Before taking a stand on an issue, brands must ensure complete alignment across every part of the business: advertising campaigns and PR messaging are not enough to demonstrate what your brand stands for. There must be consistency and action in everything: from supply chain to product to retail and digital experiences.