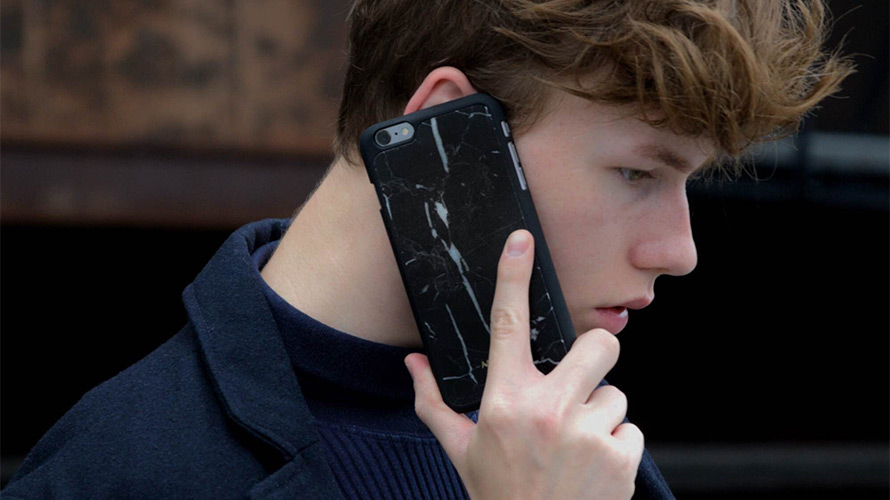 In the decade since its 2007 debut, the iPhone has changed the world in many ways—including one way Apple never anticipated: The iPhone has given rise to an entire industry that does nothing but make cases for the iPhone.

There are tons of them. Go to Amazon and type “iPhone case,” and you’ll get some 6.5 million results. These range from the merely functional to the outright ridiculous. There are cases shaped like popsicles and perfume bottles. There are cases made from fake fur and Swarovski crystals. There are cases with built-in tasers and ones that hold your prescription pills. There are cases that cost much, much more than the phones they enclose—such as Swedish firm Golden Concept’s “Croco Edition” case featuring 24-carat gold trim and genuine crocodile hide.

But if there was one material off-limits to case-makers, it would have been stone. After all, who’d want to walk around with a slab of rock in his pocket? An iPhone user who wants a material like that would have to settle for an imitation, most likely one made of plastic.

Or, at least, he did until recently.

Thanks to a San Francisco company called Mikol, the final frontier of iPhone case eccentricity has been crossed. Mikol not only sells iPhone cases made from genuine Italian Carrera marble, but for a bit more cash, it’ll make you a phone case from other kinds of rocks, including amethyst, rose quartz and sodalite.

A couple of years ago, Mikol founder Mikey Wu noticed not just how many different iPhone cases were on the market, but how many of them imitated stone. “There were a lot of marble prints,” Wu said. “Everybody buys prints of marble, [but] I figured, I’d want the real thing instead of plastic.”

As it turns out, Wu was in a position to make the real thing. Already an entrepreneur in the construction industry, Wu had been working on ways to use lasers to cut stone thinner and thinner. Eventually, he managed to get marble down to 0.7 millimeters—about as thick as a stick of chewing gum.

Stone that thin has no application in the building trades. It can, however, be trimmed into an iPhone case. So Wu started Mikol to make those cases. 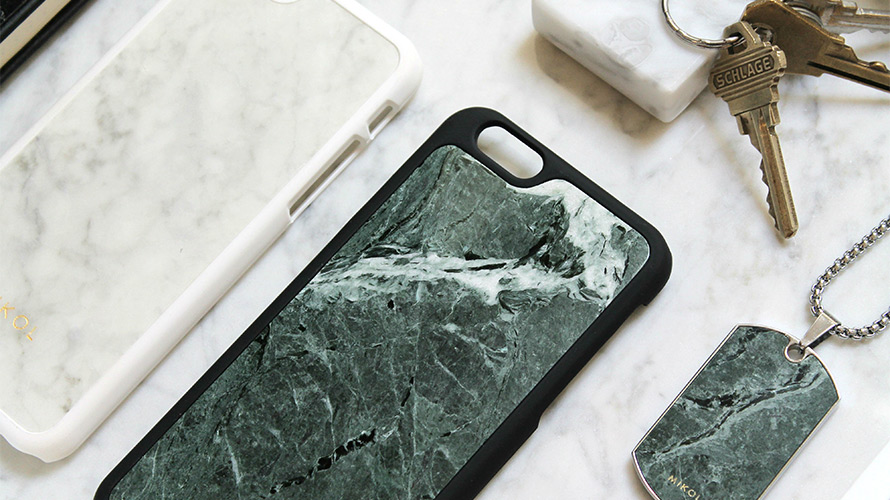 These days, Mikol makes somewhere around 10,000 stone phone cases a year. Your basic marble case in white or black runs $99. If you want get really stoned, Wu will make you a case from semiprecious stones such as amethyst, and those start at $699.

When he started offering stone phone cases, Wu assumed they’d draw an older crowd, but his core demographic turned out to be 25- to 40-year-old males. His customers include the predicable lot of entrepreneurs and people in the entertainment industry. “And for some reason, we get [a lot of] sports industry people,” Wu said. “That one really caught us off guard.”

Another surprise was that Wu’s biggest challenge selling stone iPhone cases isn’t price—it’s the presumption that a marble-covered phone will be as heavy as, well, a stone. “People haven’t seen the technology of thin marble,” he said. “They think [the case] is heavy.”

Mikol’s timing with its marble cases turned out to be pretty good. According to a 2015 study by Future Market Insights, the mobile phone accessories market is forecast to grow by nearly 7 percent between 2015 and 2025, and a healthy 20 percent of that growth will be solely in phone cases. In the next five years, according to data from Allied Market Research, smartphone accessories will become a $107 billion industry.

Of course, none of this addresses an enduring question: Why do so many people spend so much money on cases for their phones in the first place?