Capezio's Dance.com aims to cover dancing in all its forms 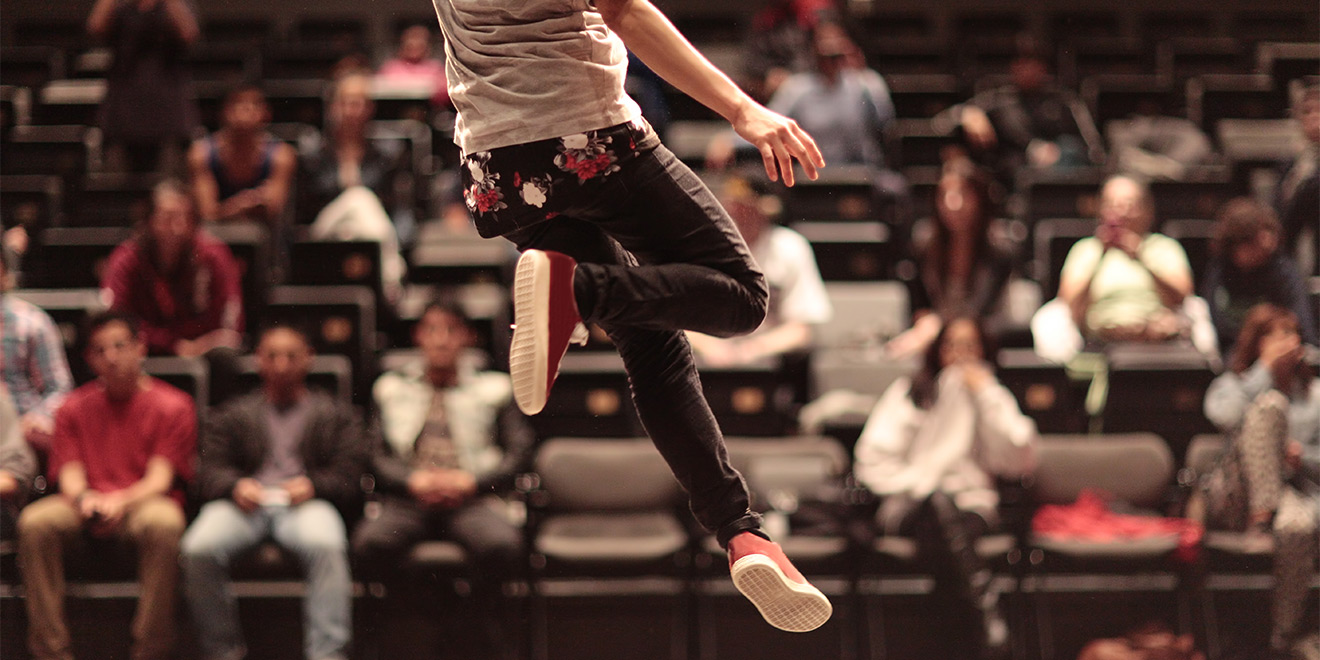 Years ago, amid the mad scramble for domain names, Capezio decided it might be a good idea to buy Dance.com. The move made sense. Capezio is, after all, the leading manufacturer of dance clothing, footwear and accessories. But the New Jersey-based brand didn’t end up doing much with its new domain. The company’s namesake site, Capezio.com, was the obvious workhorse for product information and online sales. So Dance.com sat in limbo.

“We bought the name and just shelved it,” Capezio co-CEO Anthony Giacoio said. “We had it on the back burner.” More recently, the brand used the site for social networking, making it a small hub for professional dancers, and that was about all. But late last year, Capezio took another look at the potential of Dance.com and decided it should be something more. “We thought,” Giacoio said, “it had to be more content driven.”

Now, after a complete rebuild and hiring a staff, Dance.com isn’t just a content site. A mere three months after a mid-January relaunch, it’s already the go-to web platform for all things dance—and that really does mean everything. For people who like to move their bodies to music (or like to watch others doing it), the site is an informative and often entertaining destination, a video-heavy platform with everything from ballet features to hip-hop news to amateur videos of dancing high school kids.

For Capezio, however, Dance.com is a marketing venture, just not in the way one might expect. This is not native advertising. A team of professional journalists writes and edits Dance.com’s articles and videos, and the Capezio brand name appears only in the fine print at the bottom of the homepage. For the company, then, the objective is to use quality content as a means of positioning itself as an authority, not just a vendor, in the dance world.

“We’re taking the step out of just being the business that manufactures and sells products to a much different platform,” Giacoio said. “Everything these days is content—you have to have content. But what does that mean? We believe it has to be a fun and engaging read. It won’t just be a fake article. That’s a great model for many businesses. But in the dance world, they [would] see through that pretty quickly. If you can make it fun, engaging and real, you’ll have a better chance of being successful than just making up stories around stories.”

Dance.com is also experimenting with a curatorial approach that’s new to this corner of the performing arts—treating all forms of dance with the same measure of respect and gathering news about it all in one place.

There is, as it turns out, an apparent need for that. Late last year, when Capezio brought in Ed Sussman, CEO of marketing and media firm Buzzr, he began researching the dance world and made a noteworthy discovery. “There was a hole in the market,” said Sussman, who today also serves as Dance.com’s general manager. “The current dance publications were focused on high culture, and there was nothing on the web, nothing in terms of publishing, to cover the full spectrum of dance, from pop culture to high culture.”

Sussman discovered something else. When viewed as a comprehensive category, dance is simply enormous. According to Sussman’s research, some 56 million people watch the top 10 dance-centered TV shows (“Dancing With the Stars,” et al.), and of the top 10 YouTube videos of all time, which have collectively racked up 12 billion views, six in 10 of them contain dancing. Ellen DeGeneres has featured dancing on 1,994 episodes of her very popular TV show. And the most popular dance-focused video games, “Dance Central” and “Just Dance,” have together sold over 61 million copies.

Americans don’t just like watching dance on their screens, they do plenty of it themselves. There 4.2 million students enrolled in America’s 17,000 dance studios, and over 1 million people compete in dance competitions.

Figures like these beg a question. With the possible exception of The Huffington Post’s Dance vertical, why hasn’t anyone bothered to build an all-inclusive, news-driven, video-rich platform like this?

“It’s a category people have been overlooking,” Sussman said, “probably because the high-culture reputation of dance is overshadowing what people thought dance could be.”

“The dance world is very segmented,” said editor in chief Pia Catton. “When you think about professional dance [and] what you do at a wedding, you have no connective tissue.”

Catton is in a position to know. A seasoned journalist, Catton wrote about dance for The New York Sun and The Wall Street Journal before coming over to lead the editorial team at Dance.com. Historically, the high-culture side of dance has felt little if any kinship with the dance in popular-music videos, let alone kids practicing their moves on the sidewalk. “Here,” Catton said, “we are trying to engage a reader who’s looking for upbeat content and who is entertained by dance. So this is a very different role for me.”

It’s a very different editorial approach to dance, period. Dance.com covers the art form in every incarnation imaginable, not just the realms of professional ballet, the Broadway stage and Hollywood, but even athletics. When tennis players Bethanie Mattek-Sands and Lucie Šafářová won the doubles championship at the Australian Open in January, for example, they did a dance right on the court, and Dance.com devoted a story to teaching the moves. Serena Williams’ “Do It Yourself” dance video, which was created in partnership with Berlei sports bras, also got coverage. So did New England Patriots tight end Martellus Bennett’s Super Bowl dance with the cheerleaders. Dance.com also devotes space to celebrities who dance, kids who dance and even pets that dance, such as Albert the Moonwalking Cat. As Catton put it, “We’re trying to invite everyone.”

Of course, what Dance.com is really trying to invite is an audience, and at a scale that will make it worth Capezio’s while to support the site. It’s still early in the game, but Dance.com notched 243,000 visitors and 2.5 million page views for the month of March. Sussman hopes to bag 5 million monthly uniques by the end of the year.

That sort of volume, management hopes, will benefit Capezio in several ways. A bigger audience will obviously draw more advertisers. Plus, as the owner of the site, Capezio can advertise on it for free. There are plans to add an ecommerce function to the site, which will feature not just Capezio apparel, but dance and athletic wear from other brands, too.

Then there’s the advantage—harder to measure but potentially bigger—of helping promote and expand dance as an activity (be it professional or amateur) because the more dancing Americans there are, the greater the demand for Capezio’s goods.

Beyond this, there’s simply the halo effect. Capezio looks good for taking a deeper and more custodial role in dance than simply selling leotards. The company started in 1887 when Italian immigrant Salvatore Capezio opened a theatrical shoe repair shop near the Metropolitan Opera House in New York. Now, 130 years on, the brand is still in family hands, and Giacoio believes Capezio will benefit from establishing itself via Dance.com as an authority on dance in all its forms.

“We know [that] … just from the initial people we’ve spoken to in the industry where we live and breathe every day, stores, consumers, dancers are just starting to have a relationship with Dance.com,” he said. “They think it’s cool that Capezio is part of this.”

Of course, the economics of web publishing can be tricky, and it remains to be seen whether Dance.com, which presently has a full-time editorial staff of three plus freelancers and contributors, can achieve the economy of scale that’ll allow it to fully realize its parent brand’s vision. But the initial results are encouraging. Between its Jan. 16 launch and April 2, Dance.com has doubled its audience every 30 days, and nearly 42 percent of its visitors fall into the much-coveted 18-34 age bracket. In Sussman’s analysis, his site is at the center of an emerging scene that’s breaking through the old constraints of high and low art.

“Dance can be as big a pop-culture phenomenon on media as any music or movies,” he said. “It’s another category that should be covered and treated as an interesting and potentially mass phenomenon.”