There are 6 fewer days between Thanksgiving and Christmas this year 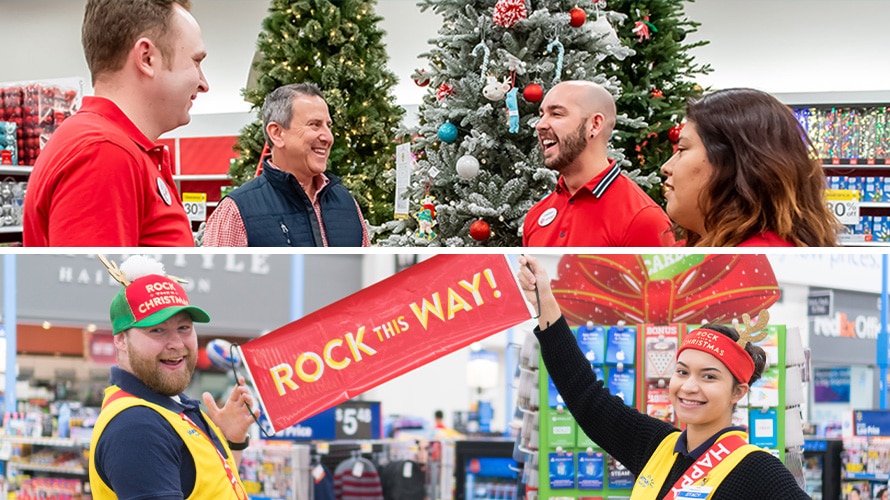 Both Target and Walmart are rolling out holiday deals earlier this year.
Target, Walmart
Share
By Diana Pearl
|
October 24, 2019
Share

Halloween is one week away, but retailers are already looking ahead to the December holiday season—and all the shopping that comes with it.

Target and Walmart revealed their plans for the holiday season this week, with both retailers looking to staff up and roll out seasonal promotions early to jump ahead of the holiday season. The time between Thanksgiving and Christmas this year is six days shorter than in other years.

To plan for increased store traffic, Target is investing $50 million more into holiday payroll to have more employees on the floor during the “times when we know our guests are going to be in our stores” in order “to drive traffic, comp growth and continuing market share,” said Target CEO Brian Cornell during a media event in New York on Wednesday.

Target’s investments, particularly in payroll for store team members, are a continuation of the major financial investment (to the tune of $10 billion) it has made in updating stores in recent years, Cornell said. The Minneapolis-based retailer has remodeled over 700 stores and opened 100-plus small-format stores in urban areas.

“This is going to be a very compressed holiday season,” Cornell added. “We lose one full weekend during the holidays. So every single day, if you’re in retail, if you’re in Target, every day counts from Black Friday to Christmas Eve.”

Target is also heading into the end of the year for the first time with its newly revamped loyalty program, Target Circle, which the company says already has 25 million customers enrolled. Target Circle customers will have early access to Black Friday deals and other exclusive offers. Target will be incorporating these innovations into its marketing through its ongoing “Run and Done” campaign.

Both Target and Walmart are rolling out holiday deals earlier this year. Starting Oct. 25, Walmart’s “Early Deals Drop” will be available on Walmart.com. Similarly, Target is pushing out its holiday gift lineup before Black Friday, starting with its collection of gifts under $15, which will be on sale from the second week of November on.

Walmart, in particular, is leaning on tech as a mechanism for easier shopping: The company debuted a digital gift-finder, which allows customers to search for potential presents by gift receiver, a toy catalog that’s scannable with iOS devices and kiosks to place online orders within stores themselves.

“Customers count on Walmart for the best prices every day, and the holiday season is no exception. Our price leadership is strong, and growing, and we’re excited to deliver savings for all of our holiday shoppers,” Steve Bratspies, evp and chief merchandising officer for Walmart U.S., said in a statement. “Saving our customers time is also paramount at this time of year, especially with fewer days to get ready for big family meals, parties and gift-giving. We’re making sure this season is the easiest yet for our customers with nine tech-enabled ways to shop for everyone on their list—when and how they want.”

Both retailers are also highlighting their fast, free shipping—without a membership, undoubtedly referencing Amazon Prime. Target will offer its Shipt program, which provides same-day delivery for a one-time fee with purchase. (Typically, customers must be Shipt members to have access to its services.) Walmart is offering its NextDay delivery for free to all customers, though some exclusions may apply on the season’s most popular shopping days.