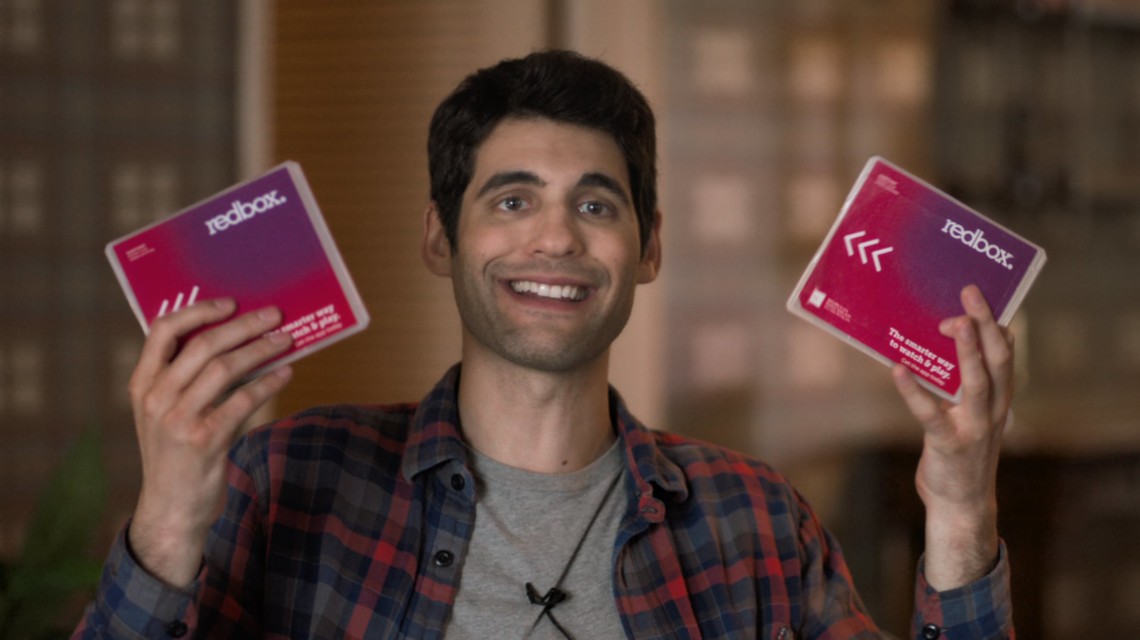 We may be just a few days away from the end of the year, but for Redbox, there’s no slowing down.

The video rental and streaming service, perhaps best known for its bright red kiosks outside your go-to convenience store, dropped its first-ever national televised spot in its more than 16-year history. To create the spot, Redbox worked with its partner agency, Fusion92, and production company, Hungry Man Productions.

In the ad, a man named Yaki shows off his prehensile feet, which essentially means he has fingers for toes. A trait inherited from his grandmother, Yaki’s feet make him an ultra-productive individual. He can do double the tasks than other humans, like chopping multiple vegetables at once or watching videos while playing video games, thanks to his Redbox rentals.

“Sometimes people set really high expectations for me because they expect me to get twice as much done,” Yaki says in the spot. “Sometimes I just need a break. That’s why I love Redbox. With my feet hands, I can stream anywhere on demand, and with my hand hands, I can rent new movie releases for $1.75 a night and video game rentals for $3 at the kiosk.”

The humorous spot will premiere in 30- and 60-second clips during the Redbox Bowl on New Year’s Eve.

Ash ElDifrawi, Redbox’s chief marketing and chief customer experience officer, said, “More than just delivering business results, we expect ‘Prehensile Feet’ will captivate our audience in the same way a fantastic film does. An entertainment company should always be entertaining.”

“We wanted it to feel like tiny bits of a documentary, like a trailer or a scene plucked from a film,” Fred Ehle, Redbox’s vp of marketing, added. “You get the feeling there’s more footage out there, that it’s part of a larger story.”

This spot may be Redbox’s first national TV ad, but it’s not the only one. The company is dropping a second spot, also on New Year’s Eve, called “Date Night,” which aims to show the variety of Redbox’s offerings, including Redbox on Demand, the digital streaming service that the company dropped last year.