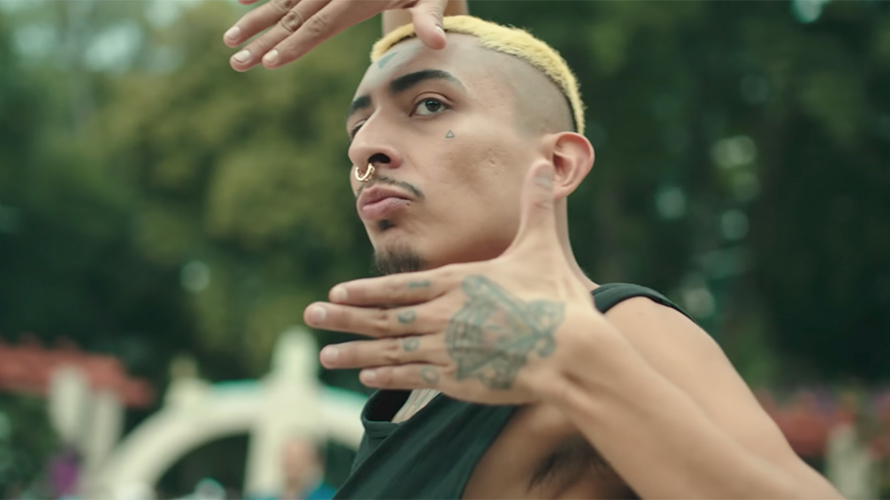 At first glance, the world’s coolest media company and its best-known purveyor of yoga pants may seem like an odd pairing.

Yet, Lululemon picked Vice’s in-house agency, Virtue, to reintroduce its name to the world with its first global ad campaign. The Canadian brand’s evp of brand and community Duke Stump called the Virtue partnership “one of the most beautiful and buoyant” in his company’s history, adding, “strange bedfellows can be brilliant.”

“This is our first global campaign, and it’s really a reflection of our purpose and values [and] what we want to stand for in the world,” Stump added. “For 20 years, this company has been built on how the heartbeat of yoga influences culture.”

In that respect, the anthem spot may seem like a dramatic departure. It does not include any yoga mats or pants, ripped or otherwise. It consists, instead, of documentary-style glances into the lives of several different characters, none of whom are yogis or traditional yoga practitioners.

“[The campaign] started with a burning question,” said Stump. “What does this moment need that we are most qualified to deliver?”

He noted that none of the footage was filmed inside a studio, adding that the Virtue and Lululemon teams aspired to illustrate “the inclusivity and accessibility of yoga through a completely different lens.”

Virtue founder and Vice chief strategic officer Spencer Baim explained that he and his team traveled to Lululemon’s offices before starting work on the campaign to better understand the company’s culture. None of them had any experience with formal yoga or meditation practices.

“All these different approaches and tenets make up the philosophy of yoga,” Baim said, explaining how the basic principle of being present in the moment can unite such disparate characters as Beijing punk band drummer Atom, professional surfer Maddie Peterson and rapper P Money.

In the mini documentary below, P Money, who is one of Britain’s biggest grime stars at the moment, discusses the influence of breath on performance.

The point of the campaign, Baim said, is to “broaden the idea of what yoga is all about and hopefully expand the understanding of what the Lululemon brand is all about as well.”

“It is yoga,” Stump said, adding, “Everyone knows yoga on the mat [but] very few can recognize it off the mat.”

In two other spots, three-time Olympic gold-medal winner Kerrie Walsh Jennings discusses the importance of self-discipline, and Canadian free-movement practitioner Jian Pablico elaborates on his theory of empowerment through nonviolence.

“Every brand searches for authenticity,” said Baim, noting that the Virtue team “spent a lot of time with the people we chose to document. We got up to the closest point we could to create an authentic portrait of Lululemon.”

The full campaign includes out-of-home, in-store and digital campaign elements set to appear across North America, Europe, Asia, and Australia in addition to the full series of seven short films.