JetBlue Airways has acquired Spirit Airlines for $3.8 billion. The news comes less than a day after Spirit and Frontier called off a proposal to merge.

New York-based JetBlue has been charting a course toward this merger for some time now. The airline was sued by the Department of Justice in September over a proposed merger with American Airlines. It has also attempted to purchase Spirit on several occasions.

“We are excited to deliver this compelling combination that turbocharges our strategic growth, enabling JetBlue to bring our unique blend of low fares and exceptional service to more customers on more routes,” JetBlue chief executive officer Robin Hayes said in a statement.

“We look forward to welcoming Spirit’s outstanding team members to JetBlue and together creating a customer-centric, fifth-largest carrier in the United States. This combination is an exciting opportunity to diversify and expand our network, add jobs and new possibilities for crew members, and expand our platform for profitable growth.”

JetBlue said it will acquire Spirit for $33.50 per share in cash, including a share prepayment of $2.50 in cash payable upon Spirit stockholders’ approval of the deal as well as a ticking fee of $0.10 per month starting in January 2023 through the transaction’s close.

Due to antitrust concerns, there is some debate about whether the deal will go through. If the deal doesn’t close, JetBlue must pay Spirit a reverse breakup fee of $70 million and pay Spirit shareholders $400 million. The companies expect the acquisition to close during the first half of 2024.

The potential buyout’s impact on airfare remains unknown. Spirit was notoriously a low-cost carrier, and the JetBlue acquisition has created speculation about rising prices.

Hayes pushed back against that line of thinking in a statement. “We believe we can uniquely be a solution to the lack of competition in the U.S. airline industry and the continued dominance of the Big Four [airlines],” he said. “By enabling JetBlue to grow faster, we can go head-to-head with the legacies in more places to lower fares and improve service for everyone.”

“We are thrilled to unite with JetBlue through our improved agreement to create the most compelling national low-fare challenger to the dominant U.S. carriers, and we look forward to working with JetBlue to complete the transaction,” president and chief executive officer of Spirit Airlines Ted Christie said. “Bringing our two airlines together will be a game changer.”

The statement is a change of tune from the Spirit CEO, who had previously resisted JetBlue’s offers of an acquisition mainly due to antitrust concerns from JetBlue’s alliance with American Airlines Group in the Northeast. The Biden administration has taken a harder stance on mergers compared to previous regimes, which shortens the odds of the deal falling apart.

Spirit’s planned merger with Frontier was initially proposed in February at a value of $6.6 billion.

In a message to its TrueBlue members, Hayes said that after the deal is closed, the combined airline would operate under the JetBlue brand. JetBlue and Spirit will continue to operate as two independent airlines until the transaction closes.

Hayes went on to note that any tickets purchased on either JetBlue or Spirit is still valid, and all consumer points and benefits will remain the same. 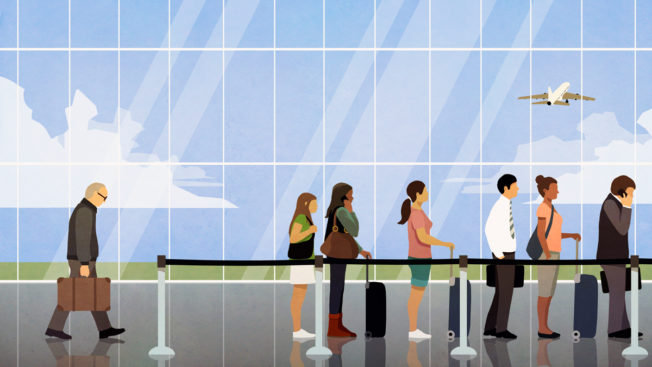 Airline Customer Satisfaction Is Back … to Pre-Pandemic Misery

How Can JetBlue Make the Spirit Airlines Acquisition Work?

Buying Activision Blizzard Is a Metaverse Play by Microsoft

NowThis and Corona Promote a Sustainable Beach Experience With Box’d

64% of CPGs Will Increase Retail Media Spending in 2023

What Does the Toothpick Rule Have to Do With Marketing Measurement Strategies?