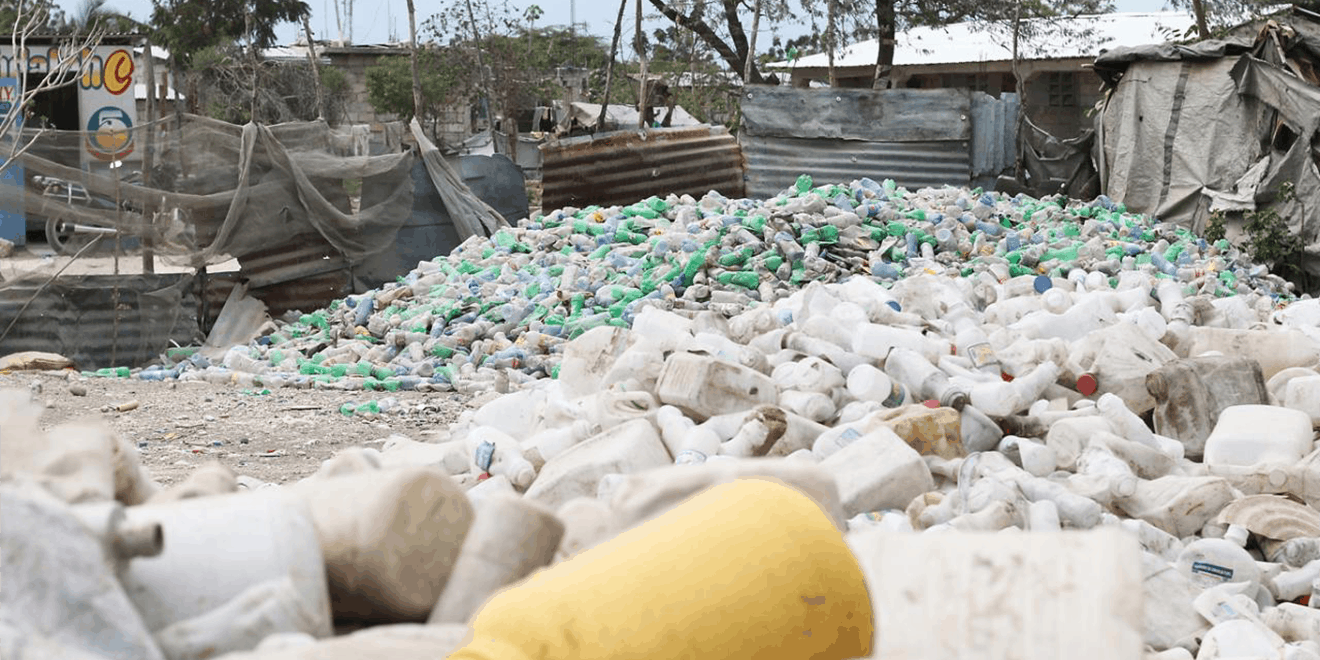 HP has used more than 1 million pounds of plastic from Haiti for their products.
HP
Share
By Doug Zanger
|
September 18, 2019
Share

Like other third-world countries, one of the issues that Haiti faces is an abundance of waste, coupled with a minimal sanitation system. Storms don’t help the matter either as ocean waste, particularly plastic, washes up on the shores and in the canals of the Caribbean nation. Additionally, a great deal of plastic could end up in the ocean due to the fact that most Haitians drink their water from plastic bottles or bags.

Yet, despite the obvious challenges in cleaning up so much, HP and two of its partners have found a way to collect plastic waste and, ultimately after treating it, put it to good use. Since 2017, HP has manufactured ink cartridges made from over a million pounds of plastic bottles recycled from Haiti. And for the past 19 years, overall, the company has converted a staggering 199 million-plus pounds of plastic into 3.9 billion printer cartridges.

In addition to cartridges, HP is using this plastic for other products, including monitors and a personal computer made entirely of ocean-bound plastic, which debuted on Tuesday.

The opportunity to use plastic from Haiti landed on HP’s radar after the company was approached by Ian Rosenberger, the founder and CEO of the First Mile Coalition, formerly known as Thread International. After the devastating 2010 earthquake in Haiti, Rosenberger contributed to the relief effort but also discovered that turning this trash into money could do some good for the country’s citizens.

“We decided to focus on plastic because there was so much of it,” said Kelsey Halling, director of partnerships at First Mile. “Generally, [plastic] is more valuable than paper or cardboard, and we discovered we could turn plastic PET bottles into fabric and yarn.”

After joining the Clinton Global Initiative, First Mile connected with Timberland, their first commercial apparel partner. Upon hearing more about HP’s commitment to using recycled materials, and their intention to increase that part of the supply chain, Rosenberger saw where the organization could contribute.

“When he heard that we were using a huge volume [of recycled plastic], he thought that HP could be one of the buyers out of Haiti for this type of plastic,” noted Ellen Jackowski, global head of sustainability strategy and innovation at HP. “When we look at our own supply chain, we were buying plastic off of the general global plastics market, mostly out of North America, so shifting some of that volume to Haiti seemed like a good possibility.”

In essence, First Mile serves as a go-between for HP and plastic recyclers in Haiti. But, in addition to interfacing with the brand and collection centers, the organization has helped develop programs around safety and hygiene and business-related matters, including how to manage accounting and cash flow. Additionally, the partnership has led to the opening of two learning centers in the country, serving over 100 children with quality education, food and medical assistance.

But at the core of the effort is the fact that Haitians now have an opportunity to earn a living wage and beyond. As independent contractors, the collectors can gather as much plastic as they would like and are compensated. Similar to an Uber or Lyft driver, the amount of money earned is based on volume.